WABC
By Eyewitness News
KANSAS CITY, KS -- A witness to the tragic death of a 10-year-old boy on the world's tallest water slide in Kansas has revealed gruesome details of how the boy died.

WARNING: The details in this story are graphic and may not be suitable for all readers

Caleb Thomas Schwab, the son of Kansas state Rep. Scott Schwab, was killed Sunday while riding "Verruckt" at Schlitterbahn Waterpark in Kansas City. The slide is 168-feet tall and has 264 stairs leading to the top -- taller than the Statue of Liberty. The slide's name means "insane" in German. 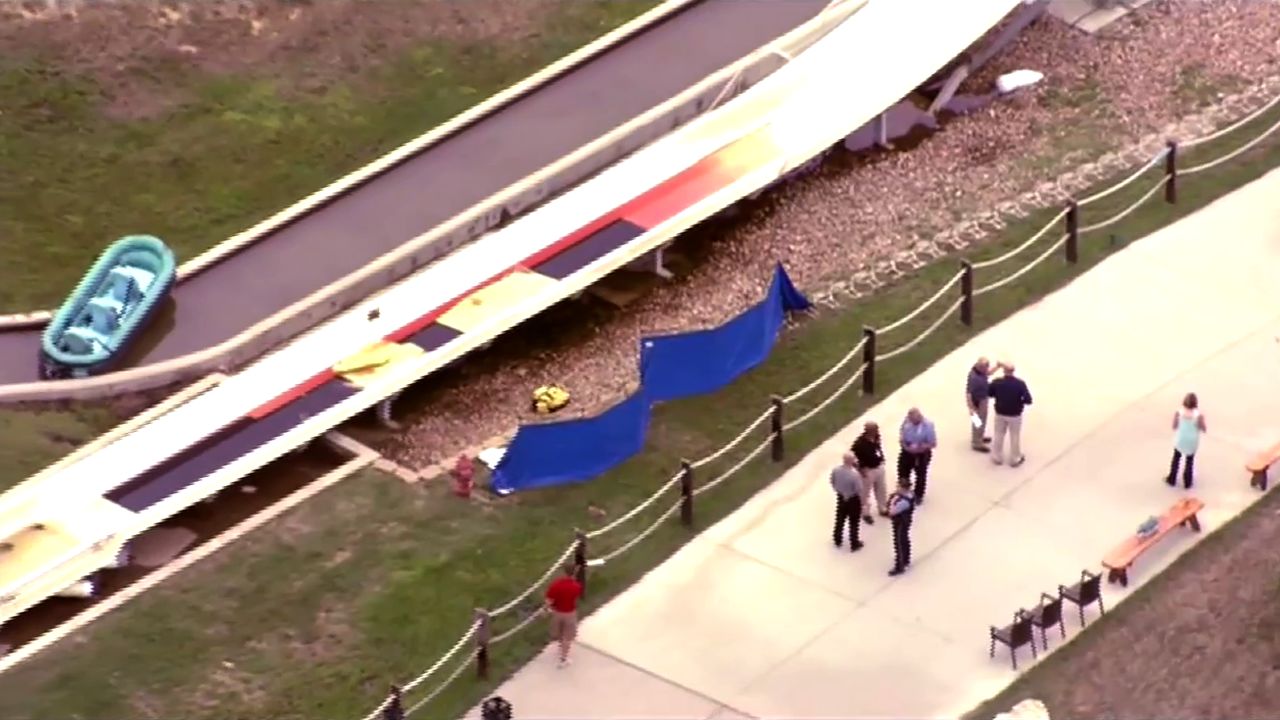 The lifeguard told Castaneda that there was nothing he could do to help. It was at that point that he noticed the boy appeared to have been decapitated.

Castaneda said two other woman were strapped into the raft, and the first position of the raft was empty. This is likely where Caleb had been sitting.

Castaneda said he had ridden the slide earlier in the day with his cousin's 14-year-old daughter. She had told him that her safety belt's Velcro came undone towards the end of her ride.

Kansas City Police also released more information about the incident Monday, calling the boy's death a "fatal neck injury at the end of the ride." The two women riding in the raft with Caleb suffered minor facial injuries. They were not related to the boy.

Pastor Clint Sprague, the family spokesperson for the Schwab family said they're heartbroken. He said Caleb was a hugger who loved his parents, sports and Jesus.

A memorial service is planned for Friday afternoon.

The park was closed down after the incident Sunday and remained closed Monday.

Verruckt was certified as the world's tallest water slide by Guinness World Records. Riders go down the slide in multi-person rafts and have to be at last 54 inches tall, according to the park's website.

Schlitterbahn in Galveston was open and busy on Monday, but many parents took precautions.

"Stay away from the large rides," explained Rachel Grey, who brought her kids. "We'll just stay by the kiddie area and our cabanas."

On Sunday, ten-year-old Caleb Schwab died at the Schlitterbahn park in Kansas City while on a 168 foot high slide.

Galveston's Schlitterbahn does not have the slide Schwab was killed on, but does have other high slides.

Waterparks in Texas are inspected by independent contractors, but safety is really up to the parks.

"There's an annual inspection of the park, but it's really looking to make sure that the park itself has its paperwork in line," explained attorney Daniel Horowitz. "There's not so much of a hands-on walking through, making sure everything is safe. They leave that up to the parks." 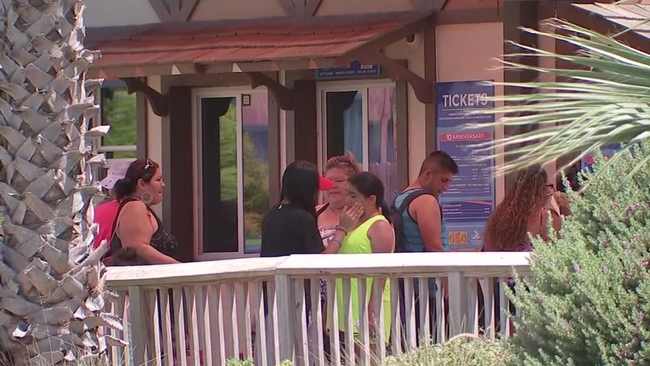