For the Thrill of the Affair: Why Married Women Cheat 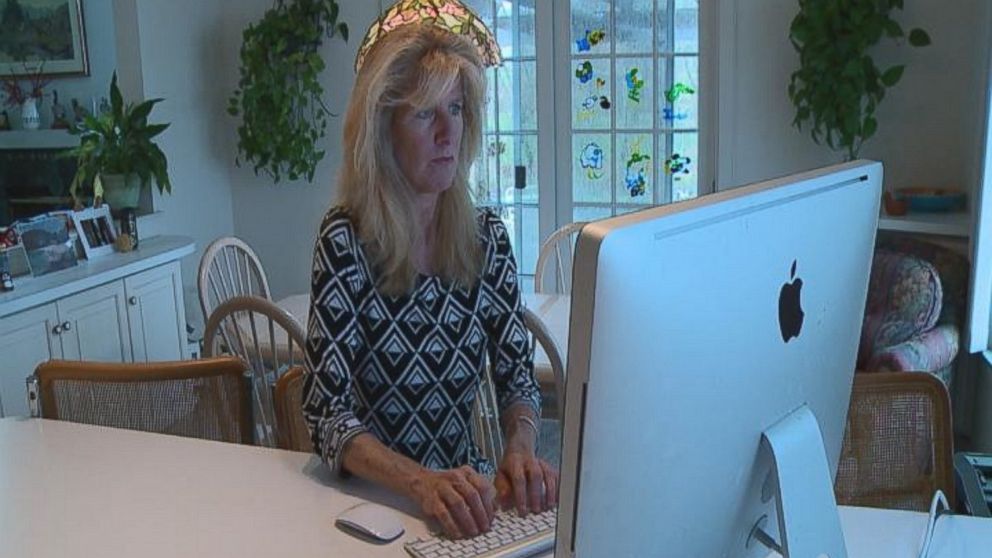 When women cheat, its often considered a scandal, and never has cheating been as easy as it is now, when finding a willing partner is click or a phone tap away.

But what drives women to cheat? And do they stray as much and for the same reasons as men?

Katherine, whose name has been changed, said she and her husband were married for 14 years. After undergoing major weight loss and multiple plastic surgeries, she began looking for excitement outside of what she said was a stale marriage and turned to AshleyMadison.com, the notorious dating website for casual encounters.

I was feeling very lonely one night, Katherine said. I was bored, on my phone in the parking lot, sitting in my car, pulled up AshleyMadison, and decided to open my first profile to see what would happen.

AshleyMadison.coms motto is life is short, have an affair. Noel Biderman, the author of "Adultropology: The Cyber-Anthropology Behind Infidelity," started the site more than 10 years ago. He said he makes more than $40 million a month from it.

Were the second-biggest dating service on the planet, Biderman said. This is not a kids game. This is an enterprise of significance.

Biderman and his wife Amanda Biderman, who rarely gives interviews, agreed to sit down with Nightline to discuss his website and their marriage. She said when he first told her about the idea for the site, she was leery.

I wanted to make sure he wasnt having a mid-life crisis, Amanda Biderman said. Then I got to understand it more and thought it was interesting.

Noel Biderman said he has built a billion dollar business betting on infidelity, and now has 25 million members in 37 countries, but doesnt believe he is encouraging people to cheat, just providing one outlet.

Long before I launched AshleyMadison there were affairs, and long after Im gone there will be affairs, Biderman said. What Im trying to do is help people have the more perfect affair.

Im encouraging secrecy, yes, he added, but Im not necessarily encouraging infidelity. I dont think it needs all that much encouragement.

Wendy Plump knows all about the elusive allure of an affair: keeping secrets. She said she strayed with three different men during her 18-year marriage.

It is like a drug, a rush, Plump said. You know what its like when you fall in love with someone or your spouse? Its like that when you have an affair, all over again.

But it turned out that she wasnt the only one in her marriage who was cheating. The final betrayal, she said, was discovering her husband had fathered a child with his long-term mistress.

I remember having everything crash in at the time, Plump said. Something incomprehensible as to how you could get around that. ... I don't want to make it seem like he was terrible and I was good because we both let the marriage down.

Plump, a veteran reporter, turned her failed marriage into the subject of her memoir, The Vow. She and her husband are now divorced.

I got many letter from women who had affairs or whose husbands had had affairs, she said. This is a lot more common than I would have imagined.

Some statistics show that 21 percent of married men have had an affair, compared to 15 percent of married woman, according to the National Opinion Research Center's General Social Survey. But that number for women has spiked in the last two decades, up nearly 40 percent.

Theres a much bigger stigma for women who cheat than for men, she said. Women are expected to be more chaste and proper, more faithful to the home and when women cheat its viewed as having cheated on the family, whereas when men cheat, they cheat on their wife, and I suppose that its viewed as not a big deal.

According to AshleyMadison.com, a woman is more prone to cheat at certain stress points in her life, notably right before turning 40.

Thats what Katherine said happened to her.

But for both Plump and Katherine, the aftermath of cheating on their spouses was devastating. After Katherine confessed her affair, her husband said it left him crushed.

She said, whatever vows we made, Im breaking them right here, said Katherine's husband, who asked not to be named. I asked her, how dare she? How could she? ... I was furious with her.

But Katherines husband had a secret of his own -- he started having an affair long before his wife ever turned to AshleyMadison.com.

I really dont have a good reason why I cheated, he said. I can come up with all the excuses ... but it was my decision alone. ... It was something new and exciting. And I dont know why I did it.

Though AshleyMadsion.com markets infidelity, ironically, Noel Biderman said he and his wife Amanda are happily married and completely faithful. Both said they would be devastated if the other cheated, but still did not agree with the accusation that Bidermans website encourages cheating.

I dont see it as encouragement or enabling, Amanda Biderman said. Its going to happen. It happens regardless of the business.

Noel Biderman insisted that his business does people more good than harm because the threat of infidelity can be a martial wake-up call.

But that is not how marriage counselors Jim and Elizabeth Carroll see it.

I dont think infidelity helps any marriage, Jim Carroll said. People should work through their problems before it gets to infidelity.

The Carrolls run marriage retreats all across the country for embattled couples, forcing them to talk and even fight out their issues, as seen on WeTVs Marriage Boot Camp.

I think the AshleyMadison site is a brilliant marketing attempt to capitalize on the basest human behavior, the least disciplined human behavior, and I think it plays directly into things that will destroy our culture, Elizabeth Carroll said.

Even for those couples like Katherine and her husband, who have both broken their vows, the Carrolls believe there is hope.

The key to the solution is learning how to forgive, truly forgive, truly saying I will never hold this against you, ever, Elizabeth said. Its a long road.

Today, Katherine has deleted her AshleyMadison.com profile, but is estranged from her husband and kids. She said she has turned to her faith for healing.

It doesn't matter how bad it is right now ... how gross it is, how much horrible darkness is in your life ... you can always turn your back on it, can always let it go, Katherine said.

And her husband holds fast to his own faith - that his wife will come home.

I dont believe my marriage is over. ... To me, this is just another chapter, he said. I see my wife as someone whos struggling internally. ... Shes someone I made a vow to and a promise to. ... If things dont get resolved, I want to know that I put forth every effort and I went out swinging, and I supported her the best I can. I dont want to just walk away and give up.