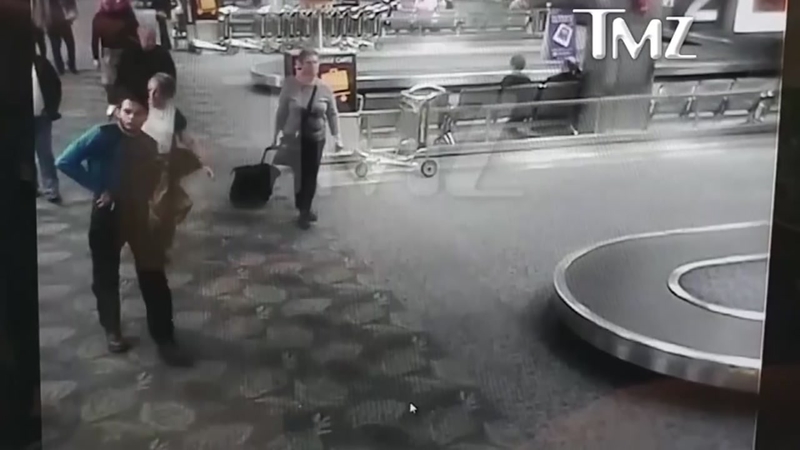 FORT LAUDERDALE, FL -- A day before the suspect in the Fort Lauderdale airport rampage was to appear in court, a website released footage that appears to show him calmly drawing a pistol and opening fire in the baggage claim area.

The video recording posted on TMZ's website appears to show Estaban Santiago walking through baggage claim of the Fort Lauderdale-Hollywood International Airport on Friday, pulling a handgun from his waistband and then firing several times before running.

Santiago, 26, is accused of killing five travelers and wounding six others the attack. He was charged Saturday with an act of violence at an international airport resulting in death - which carries a maximum punishment of execution - and weapons charges. His first court hearing is Monday.

The FBI said in an email that it was aware of the video but would not comment on its authenticity. TMZ does not say where it obtained the video, although it appears to be from a surveillance camera.

Santiago told investigators that he planned the attack, buying a one-way ticket to the Fort Lauderdale airport, a federal complaint said. Authorities don't know why he chose his target and have not ruled out terrorism.

Authorities said Saturday during a news conference that they had interviewed roughly 175 people, including a lengthy interrogation with a cooperative Santiago, who is a former National Guard soldier from Alaska.

RELATED: Names of victims begin to emerge; great-grandmother, loving father among the dead

FBI Agent George Piro said Santiago spoke to investigators for several hours after he opened fire with a 9mm semi-automatic handgun that he appears to have legally checked on a flight from Alaska.

"Indications are that he came here to carry out this horrific attack," Piro said. "We have not identified any triggers that would have caused this attack. We're pursuing all angles on what prompted him to carry out this horrific attack."
Investigators are combing through social media and other information to determine Santiago's motive, and it's too early to say whether terrorism played a role, Piro said. In November, Santiago had walked into an FBI field office in Alaska saying the U.S. government was controlling his mind and forcing him to watch Islamic State group videos, authorities said.

Santiago had been discharged from the National Guard last year after being demoted for unsatisfactory performance.

Bryan Santiago said Saturday that his brother had requested psychological help but received little assistance. Esteban Santiago said in August that he was hearing voices.

"How is it possible that the federal government knows, they hospitalize him for only four days, and then give him his weapon back?" Bryan Santiago said.