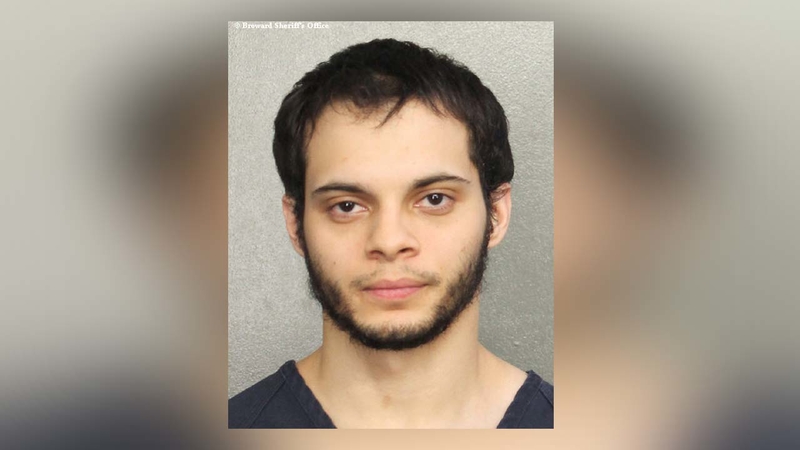 The man police say opened fire with a gun from his checked baggage at a Florida airport had a history of mental health problems - some of which followed his military service in Iraq - and was receiving psychological treatment at his home in Alaska, his relatives said Friday after the deadly shooting.

"Only thing I could tell you was when he came out of Iraq, he wasn't feeling too good," his uncle, Hernan Rivera, told The Record newspaper.

Esteban Santiago, 26, deployed in 2010 as part of the Puerto Rico National Guard, spending a year with an engineering battalion, according to Guard spokesman Maj. Paul Dahlen.

In recent years, Santiago had been living in Anchorage, Alaska, his brother, Bryan Santiago, told The Associated Press from Puerto Rico. Bryan Santiago said his brother's girlfriend had recently called the family to alert them to his treatment.

In November, Esteban told FBI agents in Alaska that the government was controlling his mind and was forcing him to watch Islamic State group videos, a law enforcement official said. The official was not authorized to discuss an ongoing investigation by name and spoke Friday on condition of anonymity.

The FBI agents notified the police after the interview with Esteban Santiago, who took him in for a mental health evaluation. 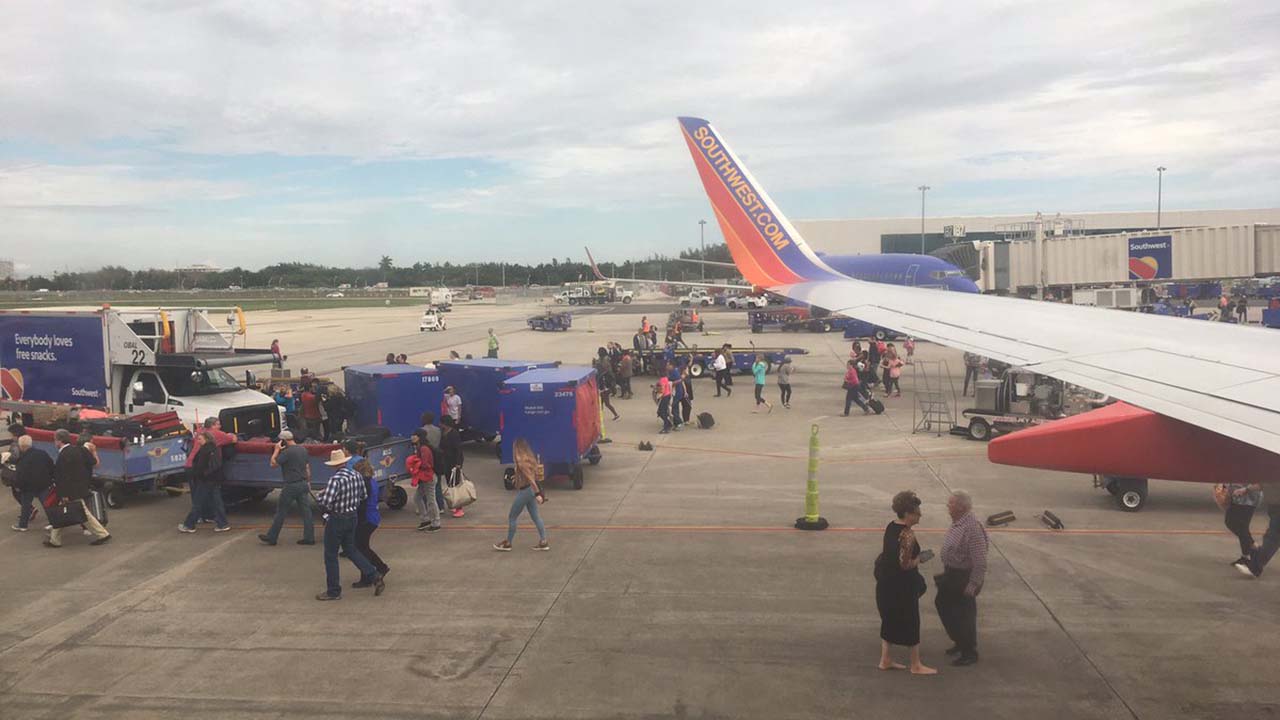 ABC13's Steve Campion talks to Melanie Lawson about landing into Ft. Lauderdale
ABC13 reporter Steve Campion was on a trip to see his 90-year-old grandmother and his nephew's first birthday and became an eyewitness to horror.

Bryan Santiago said his brother never spoke to him directly about his medical issues.

"We have not talked for the past three weeks," Bryan Santiago said. "That's a bit unusual ... I'm in shock. He was a serious person ... He was a normal person."

Esteban Santiago was born in New Jersey but moved to Puerto Rico when he was 2, his brother said. He grew up in the southern coastal town of Penuelas before joining the Guard in 2007.

Since returning from Iraq, Santiago served in the Army Reserves and the Alaska National Guard in Anchorage. He was serving as a combat engineer in the Guard before his discharge for "unsatisfactory performance," said Lt. Col. Candis Olmstead, a spokeswoman. His military rank upon discharge was E3, private 1st class, and he worked one weekend a month with an additional 15 days of training yearly, Olmstead said.

She would not elaborate on his discharge, but the Pentagon said he went AWOL several times and was demoted and discharged.

Still, he'd had some successes during his military career, being awarded a number of medals and commendations including the Iraq Campaign Medal and the Global War on Terrorism Service Medal.

His uncle and aunt in New Jersey were trying to make sense of what they were hearing about Santiago after his arrest at the Fort Lauderdale airport. FBI agents arrived at their house to question them, and reporters swarmed around.

Maria Ruiz told The Record that her nephew had recently become a father and was struggling.

"It was like he lost his mind," she said in Spanish of his return from Iraq. "He said he saw things."

Santiago was flying from Anchorage on a Delta flight and had checked only one piece of luggage, which contained the gun.

Santiago was charged in a domestic violence case in January 2016, damaging a door when he forced his way into a bathroom at his girlfriend's Anchorage home. The woman told officers he yelled at her to leave, strangled her and smacked her on the side of the head, according to charging documents.

A month later municipal prosecutors said he violated the conditions of his release when officers found him at her home during a routine check. He told police he had lived there since he was released from custody the previous month. His Anchorage attorney, Max Holmquist, declined to discuss his client.

Law enforcement officers were at the girlfriend's home Friday afternoon, and officers guarding the property outside told a reporter who approached the home to step away.

This story has been corrected to show Santiago served in the Alaska National Guard in Anchorage, not Fairbanks, per new information from the Guard.
Related topics:
floridafort lauderdale airport shooting
Copyright © 2022 by The Associated Press. All Rights Reserved.
TOP STORIES
Wanted suspect identified in constable corporal's ambush murder
Sergeant was to walk daughter down aisle until his hit-and-run death
Grab the umbrella! Widespread showers move in Monday
'We knew something big exploded': ABC13 recalls moment of Watson blast
2 adults killed and 12-year-old hurt in crash with speeding tow truck
Dad charged and fired from job after racist tirade posted on TikTok
Bad Bunny announces stadium tour stop at Minute Maid Park
Show More
5 tax changes that can boost your refund this year
Getting paid on Venmo or Cash App? New tax rule might apply to you
Tax filing season starts Monday. What to expect for 2022
Texas agriculture commissioner suing to stop aid for Black farmers
Kohl's, target of activist investors, gets a buyout offer
More TOP STORIES News