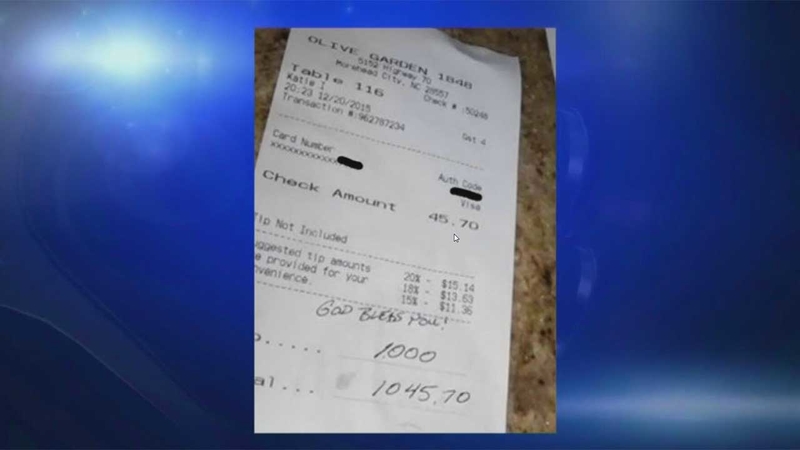 MOREHEAD CITY, NC -- A waitress in North Carolina got the tip of a lifetime and now wants to pay it forward, reports WITN-TV.

It happened at an Olive Garden in Morehead City. Kathryn Irwin says she didn't even notice the $1,000 tip at first left by the family of five that was dining in her section.

"When I did eventually open it and I saw it I was in disbelief, I couldn't even believe I was trying to figure out if they made some type of error," she said.

The family was gone before Kathryn had a chance to thank them, but she's reaching out on social media to try to let them know how much she appreciates the generosity.

"I'm just amazed you know," she said. "You hear about generous tips around the holiday. I've never personally had it happen to me so I just want to make sure I do the right thing and again, I just want them to know how thankful I am."

Kathryn had planned to do some Christmas shopping with the money, but wants to find a family or two and do something for with some of the money.