Families left homeless before Christmas after massive fire near Galleria 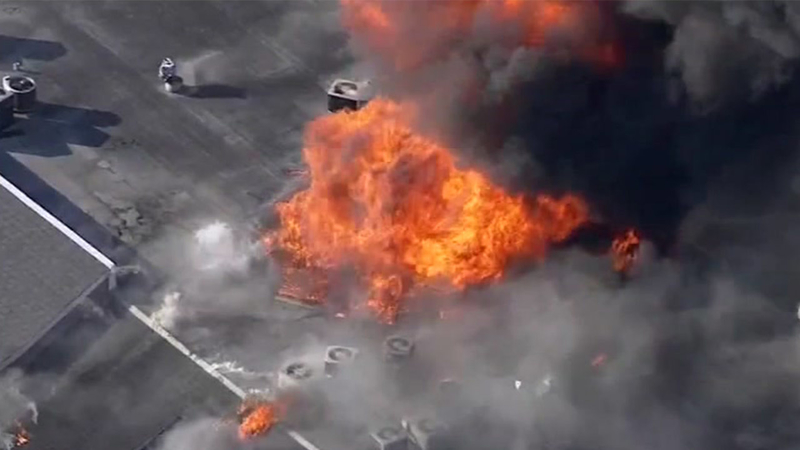 HOUSTON (KTRK) -- Firefighters are still watching for hot spots after a massive four-alarm fire erupted at an apartment complex in the Galleria area. Families were rushing into their apartments to save anything they could get their hands on.

Buildings 18 and 19 sustained damage at the Palms of Westheimer at 6425 Westheimer at Briargrove. The buildings house at least 36 apartment units.

"There's people crying. There's people have babies, holding their kids," said one resident who was told to evacuate her building. "My heart is like racing really fast. And adrenaline rush, not a good feeling."

"I fear for my life more than my material stuff, I can buy that again. I fear for my life and my brothers. I knocked on several doors to get other people out too 'cause they didn't know," resident Zach Soberalski said. "I called the complex they said Welcome To Palms, and now I don't know if my pet is OK, my stuff. And I just got a bunch of stuff for Christmas."

Firefighters have put out the flames but they're still keeping an eye out for hot spots. One injury was reported. That person was a Houston Firefighter who suffered from smoke inhalation. He was treated and expected to be okay.

More than 100 firefighters are battling a massive apartment fire

According to the Red Cross, about 30 families (about 70 people), were not able to get into their apartments. All of them have found a place to stay overnight, so no shelter was opened up in Houston.

Westheimer Road has reopened after being shut down for hours while firefighters battled the four-alarm blaze.

"Everybody got out alive and on injured. So, you know that's all that matters," said Marcus Douglas.

At least one firefighter was injured. He suffered smoke inhalation but he's expected to be OK.

At this point, it's not clear how the fire started. The Red Cross is on the scene assisting residents.