KTRK
AUSTIN, TX (KTRK) -- The sister of the 17-year-old accused of killing University of Texas student Haruka Weiser is coming to the defense of her younger brother.

In an exclusive interview with abc13, Meechaiel Criner's sister says she's still trying to process the gravity of the charge against her brother.

Criner's sister invited Eyewitness News into her Houston-area home. We're not using her name because she says she has already faced a lot of backlash.

"It's actually really hard to look at his picture because that's who he is," she said, pointing to a photo of a smiling Criner and their grandmother on the wall.

The photo was taken a couple years ago when they were all in Texarkana celebrating a birthday.

Criner's sister, 23 and a second-year law student, says they had a tough upbringing. Their mother was a drug addict who committed suicide. A brother was kidnapped and they still don't know what happened to him. Meechaiel never met his father. He was the youngest of the five children.

"The day I found out she was pregnant was when she came home with a baby," she said.

They bounced between their grandmother's care in Texarkana and Child Protective Services (CPS). Criner ran away from his grandmother's last fall and ended up in a group home in Austin. His sister says he is mentally ill and stands by him.

State officials confirm Meechaiel was in foster care, but classified as a runaway, when Wesier was murdered. Criner's sister says CPS bears some blame.

"It's not a hidden fact he had mental issues," she said. "How would you possibly let a 17-year-old mentally-issued child out of your system for that long?"

The young woman believes Meechaiel was an easy police target and hopes to talk to him soon about the evidence against him. She does have a message for the victim's family and plans to stand by her brother.

"My condolences go out to the Weiser family. I am greatly, deeply sorry this happened. I'm deeply sorry but I assure you Meechaiel Criner did not do this," she said.
Related topics:
austinarrestuniversity of texastexas newsbody found
Copyright © 2020 KTRK-TV. All Rights Reserved.
RELATED 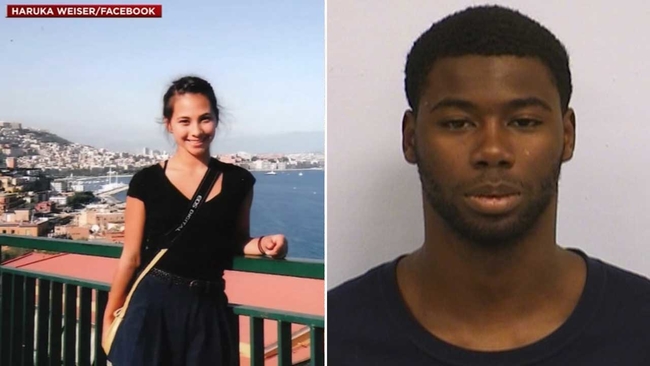