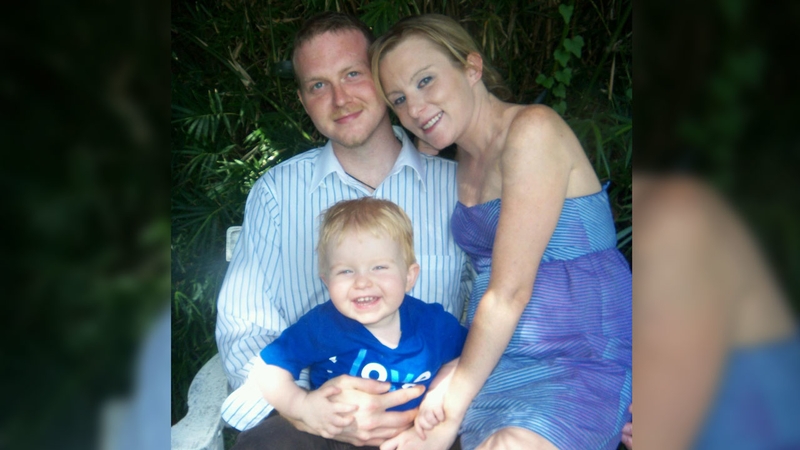 HOUSTON (KTRK) -- "I am on the news live hearing one dead, and I'm thinking it's my son," said Sheri Wilson.

Sheri's son, Byron Wilson, is in critical condition at Ben Taub Hospital. The thirty-year-old is one of several people injured in Sunday's mass shooting in West Houston.

Byron was shot three times, in both legs and his shoulder.

He's already been through several surgeries and blood transfusions today.

A woman who found herself in the midst of Sunday's shootout is lucky to have escaped unharmed.

"It's trying to put all the events together," Sheri explained. "It happened all so fast."

At first, police labeled Byron as a possible suspect.

Then, as the investigation unfolded, police clarified -- Byron was a good Samaritan, seemingly trying to stop the shooter.

But, for Sheri, the most disturbing part of all is who police have identified as the shooter: 25 year old Dionisio Garza, a 25-year-old veteran.

"A veteran. A nice looking guy," she said. "I mean, what are we doing? What are we doing for our veterans? They, too, have families. They're hurting and we have got to listen. We have to listen."
Related topics:
houstonvictimsmass shootingshooting
Copyright © 2022 KTRK-TV. All Rights Reserved.
RELATED
Woman shot at during W. Houston rampage speaks
Gunman in west Houston mass shooting ID'ed
TOP STORIES
19 children, 2 adults killed by gunman in TX school shooting
Uvalde school shooting: What we know about 19 kids, teacher killed
Weather Alert Day: Strong storms will blow through early Wednesday
Election 2022: Full results from Texas primary runoff elections
How to talk to kids about Texas school shooting
Watch Steve Kerr's raw, emotional plea after Texas shooting
Biden to sign policing order on anniversary of Floyd's death
Show More
New documents reveal possible motive in Vanessa Guillen's murder
Gun violence activists demand action addressing mass addressing
Texas leads nation in school shootings since 2013, data shows
Bodycam footage released of man shot by HPD officer in late April
A look at some of the deadliest US school shootings
More TOP STORIES News