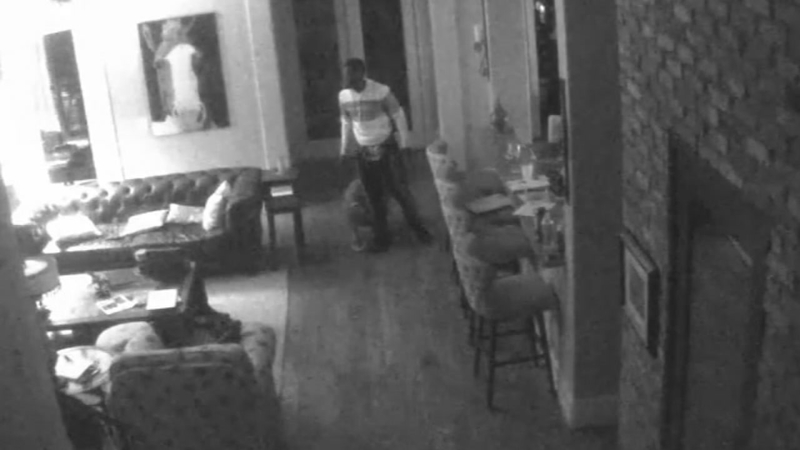 BELLAIRE, TX (KTRK) -- Police in Bellaire are looking for a burglar who broke into several cars and then a home while a family was sleeping.

Home security video recorded the break-in. It happened around 4am Friday on Beech near Palmetto.

"She's like, hey the door's open. I jumped out of bed," Jeff Christman told Eyewitness News.

He ran to the top of the stairs and then called out, "who's there."

The intruder took off. It wasn't until Christman and his wife, Stacey, looked at their security video that they realized how close he was to them.

"Coming into the house, that took it up a notch," Christman said.

"It's creepy," added Stacey Christman. "He was so comfortable."

Police say the burglar broke into several cars on the street before the Christman's home. They recovered a bag with a laptop, clothes and other items believed stolen from other vehicles. The Christmans were out some cash.