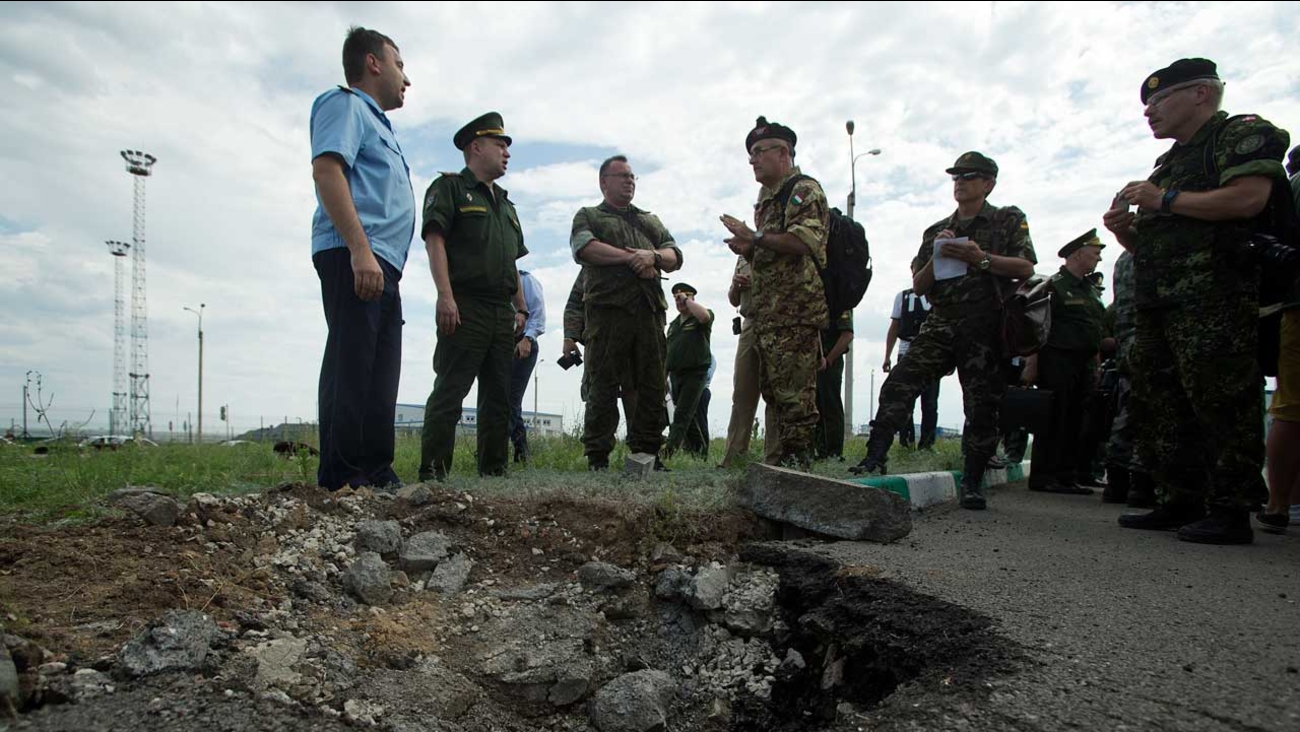 In this photo taken July 15, 2014, a Russian border guard's officer speaks to a group of foreign defense attaches as they look at a crater after an explosion at Russia's border. (AP Photo/Pavel Golovkin)

BRUSSELS -- European Union leaders ordered tougher sanctions against Russia on Wednesday because of its actions in Ukraine, asking the European Investment Bank to sign no new financing agreements with Moscow.

The leaders, meeting in Brussels, also agreed to act together to suspend financing of the new European Bank for Reconstruction and Development operations in Russia.

European leaders also signaled their willingness for the first time to go after Russian companies "that are materially or financially supporting actions undermining or threatening Ukraine's sovereignty, territorial integrity and independence." They ordered their foreign ministers to draw up a list of such people or entities by the end of July.

In a decision that could affect Russian oligarchs or members of the Kremlin inner circle, the EU leaders also asked the ministers to consider targeting people or companies "who actively provide material or financial support to the Russian decision-makers responsible for the annexation of Crimea or the destabilization of Eastern Ukraine."

Until now, the EU had targeted 72 people in Ukraine and Russia with asset freezes and visa bans, as well as two Crimea-based companies whose assets in EU member countries were ordered frozen.

The ramped-up sanctions indicated European leaders' exasperation over Russia's failure to heed the demands they made at their last summit on June 27 to take specific actions to end the armed pro-Moscow revolt in Ukraine's east.
Related topics:
russiaukraineu.s. & world
Copyright © 2020 by The Associated Press. All Rights Reserved.
More Videos
From CNN Newsource affiliates
TOP STORIES