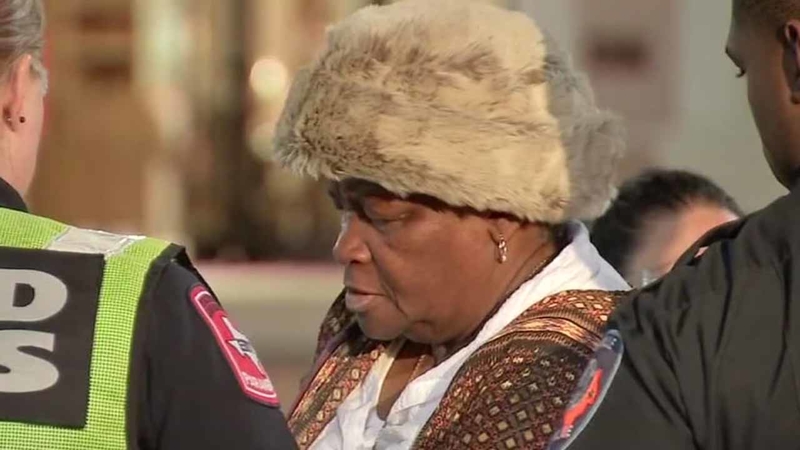 MONTGOMERY COUNTY (KTRK) -- A police chase in Montgomery County came to an abrupt stop on I-45 near Sawdust road just after 8pm Monday.

The low-speed chase started in Hunstville and ended some 38 miles south. Authorities pulled an elderly female driver from the vehicle.

"We got a call about a driver on the freeway with no lights on was just driving sort of oddly," said Huntsville Police Cpl. Wade Roberts.

Transfer video showed the driver, in her 70's, not stopping and barreling through spike strips that were set out by police officers. All four tires were blown out but the driver kept going.

"She told us that she was on her way to Houston to deliver a message to a family member," said. Cpl. Roberts. "After hearing that and speaking to her a little bit more, it was apparent that it was a medical related issues not a criminal issue."

The driver was not arrested. She was released to a family member on the scene.