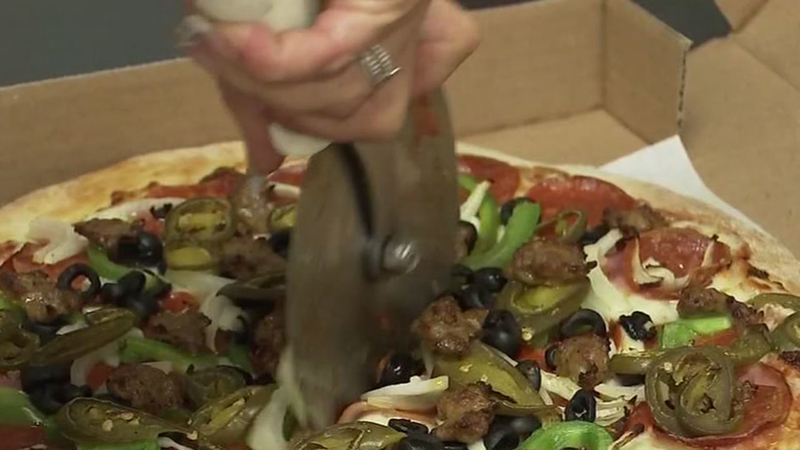 HOUSTON (KTRK) -- It's been almost three months since three men terrorized the employees of Daddy O's Pizza in northwest Houston during a violent robbery. Friday, the business held its grand re-opening.

"Really sad because these are some really good people. They have a good heart," Larry Spencer said.

In the video, you see the three robbers hitting the owner and his sister with a chair. The two fought back but the incident seriously injured Jillian's father in the shoulder. That injury forced the pizza shop to close because he was the only one with the recipes.

"Nobody wants to shut down something that works, something that's good," Jillian said. "But it's something we had to do to get everybody back together and to get my dad healed.

"People are dropping in just to say hi. Some people have brought us cards," Jillian said.

Two of the suspects were arrested last month. Police say they aren't able to identify one because he's only 15 years old. The second suspect is 18-year old Darien Ross. Both are charged with aggravated robbery. Investigators are still searching for the third suspect.

The family says someone will be carrying a weapon at all times.