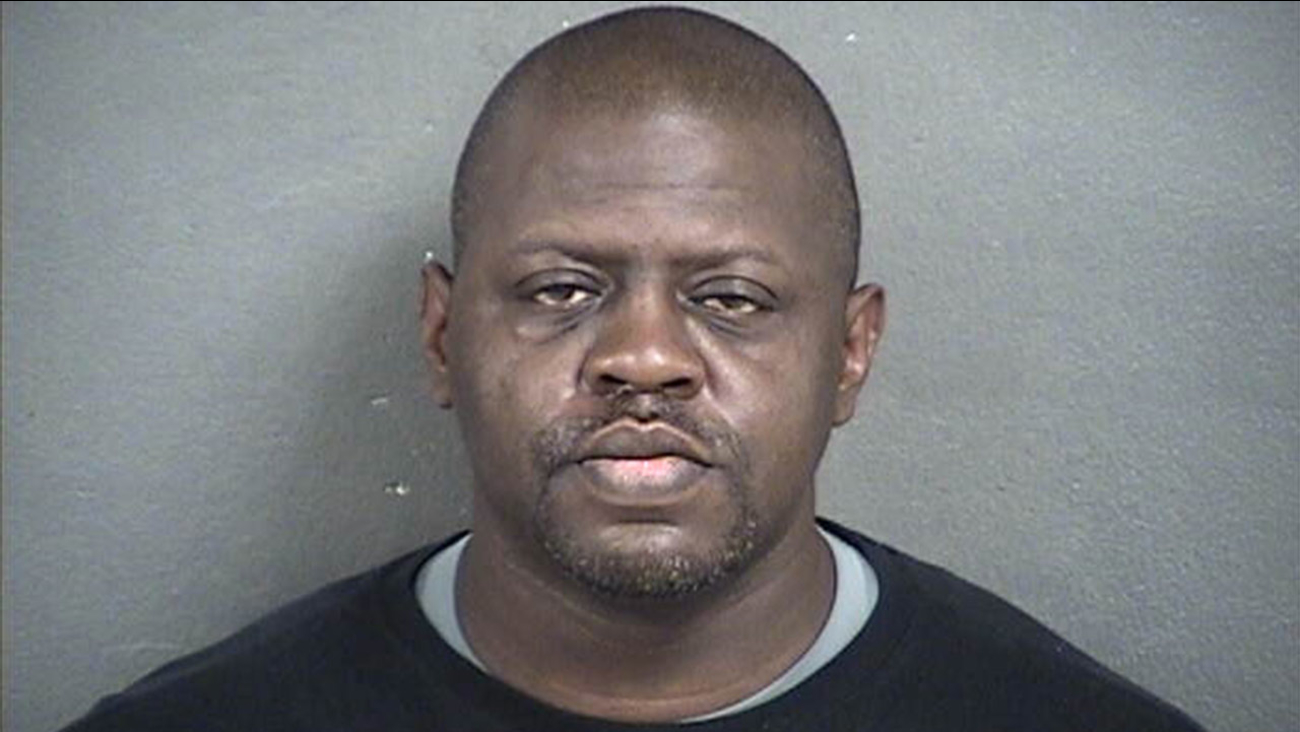 Michael A. Jones, who was charged Friday, Nov. 27, 2015, with child abuse after police responded to an armed disturbance that led them to discover human remains at a barn. (Wyandotte County Detention Center via AP)

KANSAS CITY, KS -- A Kansas bail bondsman was charged Monday with assaulting his wife and abusing his missing son, and a prosecutor said the case "escalated into a much larger investigation" when police found unidentified human remains in a barn on the man's property.

Michael A. Jones, 44, who works out of Topeka, was ordered held on $10 million bond after making his first court appearance on charges of child abuse, aggravated battery and aggravated assault with a firearm.

Wyandotte County District Attorney Jerome A. Gorman said police were called Wednesday to Jones' home in rural Kansas City, Kansas, to investigate a domestic disturbance. While there, they were notified that the 7-year-old boy, called A.J., was missing.

The abuse and battery charges are related to an alleged attack on his wife, Heather Jones. The child abuse charge, described as "torturing or cruelly beating," is "the tip of the iceberg" in the case involving the boy, Gorman said.

The district attorney declined Monday during a news conference to address a media report that the remains had been fed to pigs but said investigators called the crime scene gruesome.

"Officers who have been out there have described this as one of the worst things that they have ever seen and for officers on the street and detectives to come up and say that this case has made them angry, you can just surmise from that what kind of scene it must have been," he said.

Gorman compared the case to a 2004 investigation in which a man was convicted of killing three acquaintances and eating the flesh of one of his victims. The man, Marc Sappington, told investigators he was high on PCP when voices told him he had to eat flesh and blood or he would die. He killed his victims, all from Kansas City, Kansas, during a four-day span in April 2001. Sappington was sentenced in 2004 to three life terms.

He also declined to answer specific questions about the conditions of the remains or the boy's possible whereabouts, saying repeatedly that much more work needed to be done in what he called a complicated investigation. He said he expected more charges and it was possible other suspects might be arrested.

When asked how long the remains might have been at the scene, Gorman noted that the child abuse charge indicates the boy was abused between May 1 and Sept. 30.

Six girls ranging in ages from 10 to less than 2 were taken from the Jones' home and are in state custody. They are healthy and safe and will be under court jurisdiction "for some time," Gorman said. Investigators are still trying to determine the parents of each of the children but Gorman said Heather Jones was not A.J.'s mother, who investigators are trying to locate.

An autopsy on the remains will be completed sometime this week, and the district attorney said he is confident an identity will be determined.

The yard of the Jones' home, which sits at the end of a one-lane gravel road surrounded by woods, was filled with children's bikes, a swing set, trampoline and other toys. It also was littered with other items, such as mattresses and lawn equipment. No one answered the door on Monday.

A neighbor, Marlene Bohl, who lives less than a mile away, said her husband once mowed the couple's field but she barely knew them. She said she never saw the children walk to a school bus stop, and they told her husband they were home-schooled.

"Horrible, nasty story," Bohl said. "I know everybody is just horrified and can't even really believe this type of thing happens, but we know it happens because it's on the news all the time."

Chris Schneider, an assistant district attorney, said he did not believe Jones had an attorney who could speak for him.