KTRK
HOUSTON (KTRK) -- We've all seen it by now - the amazing video of a Lake Jackson woman giving birth in a car with her husband driving on the Beltway. We're now hearing from the new parents.

Jonathan Pettijohn says his wife, Lesia, asked him to film the birth. When she started going into labor in the car, he turned his Go-Pro camera on.

Little Josiah was born just a few minutes later. Lesia says it helped that this was her third child and she knew what to expect.

"I was probably freaking out way more than I should have. But I really didn't want to have him in the car. I was scared. I didn't know if he'd be breathing OK or if he would need anything else," she said.

Jonathan says he didn't pull over because his wife told him to keep driving, and they didn't have a working cell phone with them to call for help. 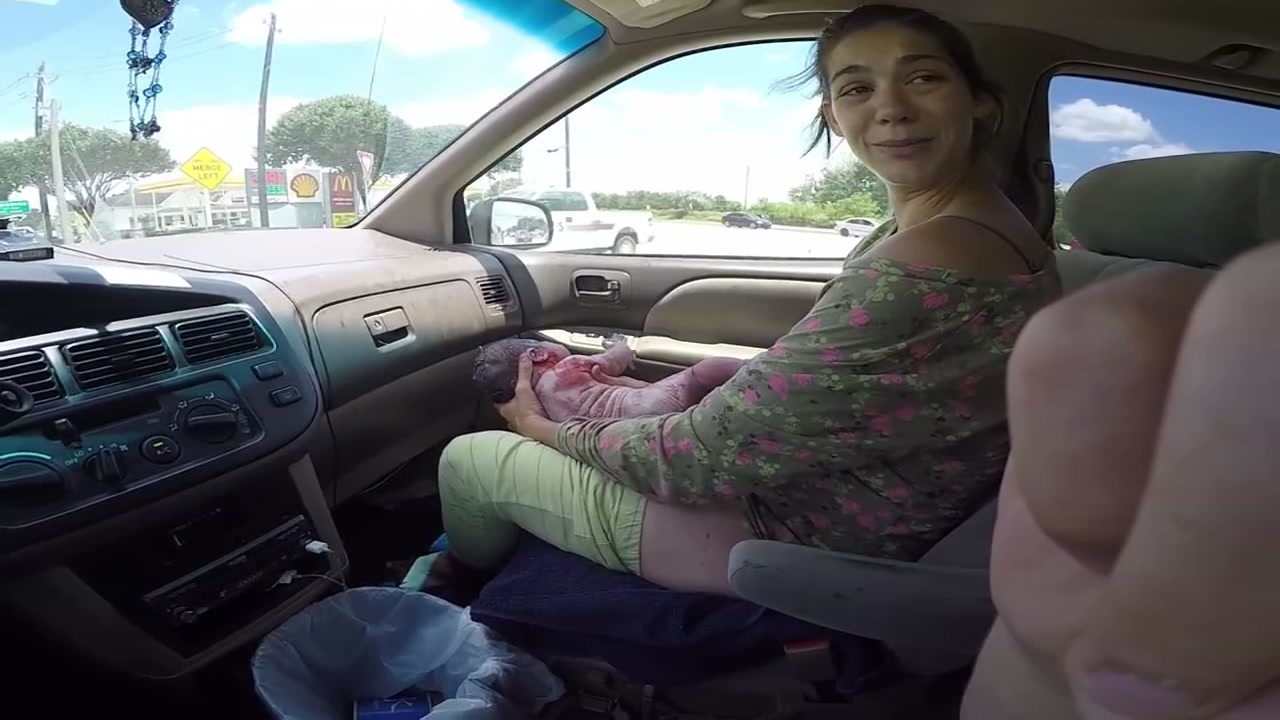 "When he was out I was like I gotta push the rest of him out and grab him and pick him up and I was like what do I do, what do I wrap him in? My shirt is pretty long I will wrap him up in that," said Lesia.

Not even a week old, little Josiah is an internet sensation.

"He's gonna be famous before he even knows his own name. It's in Norway. It's amazing. I can't believe so many people want to see something like that," said the proud father, John.

This is the couple's third child.