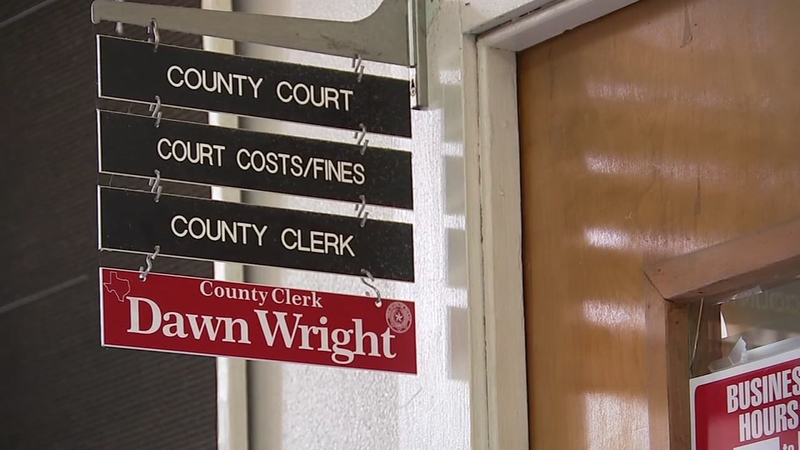 The entry set off an alarm and triggered a response from law enforcement. Lovett told responding deputies he was the one who entered the property.

He said his investigators are still gathering sworn statements about the matter and exploring whether Lovett had the legal authority to enter the premises.

County Clerk Wright said she considers the entry a break-in.

"No one else should be able to come into my office other than me or my staff. I can confirm that it was broken into because there is proof of my file stamp being used," said Wright. "As an elected official, I'm not very happy about what's been going on, but with the ongoing investigation I wish not to make any comments."

Judge Lovett dismissed the controversy as small town politics at their worst. He sat down with Eyewitness News and made no apologies for his actions. Lovett argued political opponents are looking to seize on any opportunity to ensure his reelection bid fails.

He said he needed to stamp an agenda item and post it for public viewing.

"It would've been a very easy fix for her (Wright) to just stay a few minutes after 5 o'clock and accept that filing," he said. "She chose not to and I believe it's politically motivated because her husband is the party chairman."

When asked whether he had the right to enter the office after hours, Lovett said "yes."

"The clerk of the court is subservient to the court. If I need to go into the office of the court, I think I have every right to do so," said Lovett. "The sheriff's office is investigating the alarm call. I don't believe they are investigating any crimes. I don't believe there was any crime committed. The clerk said she's disappointed in me, but I'm likewise disappointed in her. The clerk's office exists to serve the court and the court needed her. She's being derelict in her duty to not only the court but to our taxpayers and our citizens."

Lovett took aim at Wright's husband, Dwayne Wright. He is the elected chair of the San Jacinto County Republican Party. Lovett ran and won as a Republican.

Dwayne Wright came out strongly against Lovett's actions in an interview with ABC13.

He said they want the judge censured.

"To me, it appears to be one of those situations where he would burn the county down to be king of the ashes," said Wright. "Sometimes when people rise to power, their narcissism, so to speak, kind of overtakes their viewpoint."

Sheriff Capers said his agency's findings will eventually be referred to the Criminal District Attorney Robert Trapp for review.

Trapp can decide no law was broken, pursue charges, or refer the matter to a grand jury.

He offered no comment when asked about Judge Lovett and how he may proceed in the case.