Is an asteroid on its way, about to slam into the planet, and governments are prepping for the worst?

Operation Jade Helm is seemingly everywhere on the web--With wide-ranging concerns about the military training exercise which begins Wednesday in seven states---including Texas.

It didn't help a well-circulated Army map of the exercise labeled the states as permissive, uncertain, or -- in Texas' case -- hostile.

And a lack of media access is only fueling the conspiratorial fire.

So we called the U.S. Army to ask about Jade Helm and the Pentagon called us back,saying they conduct exercises all of the time, thousands of them a year, all over the country and all over the world.

Mark Jones, a political science professor at Rice University, says the furor over Jade Helm is a mix of elements stirred just the right way.

"There are about 125,000 U.S. troops stationed here in Texas every day," he said, referring to active military personnel stationed at bases, forts, and camps throughout the state. "There's always a group that's suspicious of the federal government. And that group today is even more suspicious of the federal government given that Barack Obama is President of the United States."

There's enough suspicion that former Marine, Pete Lanteri started the "Counter Jade Helm" movement. Headquartered from his home in Phoenix, Arizona, he's enlisted as many as 200 people to watch and report what they see.

He says there is too much misinformation on the Internet and his goal is to dispel the rumors.

"We're not out there in camouflage, we don't have weapons," he said. "We aren't confronting what we see. This isn't a protest. We're not holding signs, there won't be any bullhorns."

As for Texas being hostile, that's part of the scenario, according to the Army which, in a presentation about the exercise said, "The United States Special Operations Command (USSOCOM) has conducted numerous exercises in Texas, because Texans are historically supportive of efforts to prepare our soldiers, airmen, marines and sailors to fight the enemies of the United States."

The operation will last two months. Its focus will shift among the seven states through the course of the exercise. 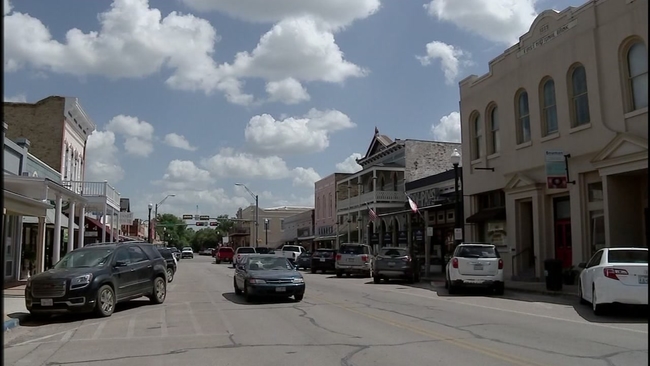