Clinton on Trump Video: 'This Is Who Donald Trump Is' 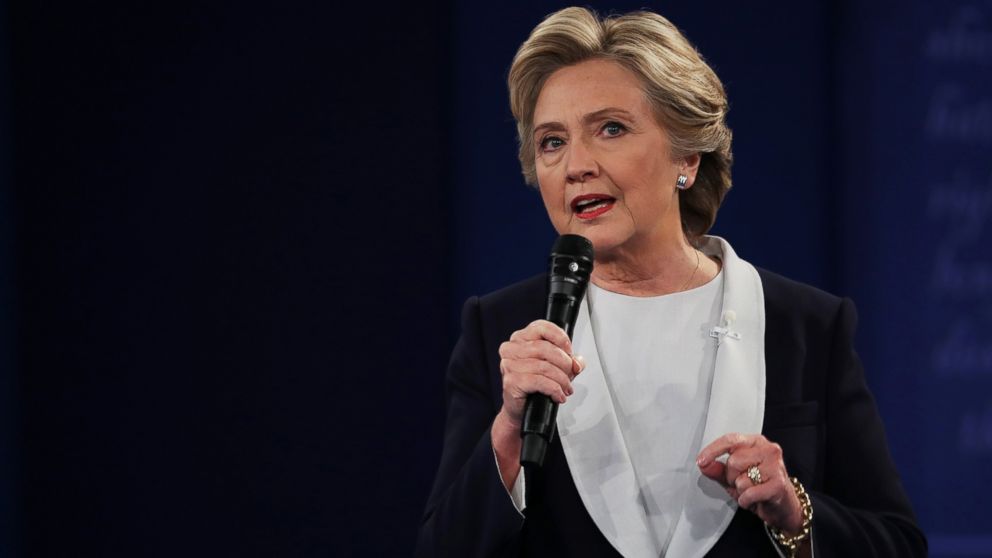 Hillary Clinton did not publicly address the leaked 2005 video recording where Donald Trump can be heard making lewd comments about women until Sunday night at the second presidential debate.

Clinton said it's clear to anyone who heard the video that it represents "exactly who he is."

"We have seen him insult women. We're seen him berate women -- on their appearance, ranking them from one to 10. We saw him after the first debate spend nearly a week denigrating a former Miss Universe in the harshest, most personal terms," Clinton said.

Clinton said she'd disagreed with previous Republican nominees on politics, policies and principals but "never questioned their fitness to serve."

"Donald Trump is different," Clinton said. "I said stating back in June that he was not fit to be president and commander in chief. And many Republicans and independents have said the same thing."

Clinton said Trump has also targeted immigrants, minorities, people with disabilities, prisoners of war and "so many others."

"I want to send a message...to every boy and girl and indeed to the entire world that America is great, but we are great because we are good and we will respect one another," she said.

Trump responded, "It's just words, folks," referring to the sexual references he made in the video.

On Friday, a video of Trump bragging to former "Access Hollywood" host Billy Bush about groping women was published first by The Washington Post.

"You know I'm automatically attracted to beautiful -- I just start kissing them," Trump can be heard saying on the tape. "It's like a magnet. Just kiss. I don't even wait."

"And when you're a star they let you do it...you can do anything."

"Whatever you want," another voice chimes in.

Both Republicans and Democrats alike condemned Trump for his past comments, and a growing list of GOP leaders have called for Trump to abandon his campaign. Trump's running mate Mike Pence said he "cannot defend" the real estate mogul's remarks.

On Sunday, President Obama slammed Trump for "demeaning" and "degrading" women and accused his campaign of bringing "disturbing...unbelievable rhetoric" into the 2016 presidential election.

Trump originally characterized the conversation in the video as being "locker room banter." He later issued an official apology early Saturday.

"I was wrong," Trump said in the taped apology, which was posted to his Facebook page.

"Anyone who knows me knows these words don't reflect who I am," he said, calling the "more-than decade-old video" a "distraction."

"This does not represent the man that I know," Melania said. "He has the heart and mind of a leader. I hope people will accept his apology, as I have, and focus on the important issues facing our nation and the world."

Bush, who hosts the third hour of "Today," was suspended indefinitely, with Executive Producer Noah Oppenheim saying, "there is simply no excuse for Billy's language and behavior on that tape," according to The Associated Press. Bush has apologized for his role in the video.
Related topics:
abc newsnational
Copyright © 2021 ABC News Internet Ventures.
More Videos
From CNN Newsource affiliates
TOP STORIES