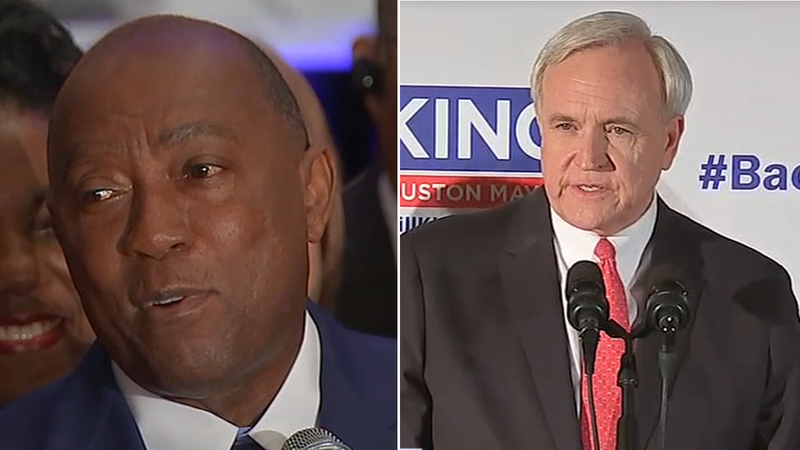 Turner, King will vie for votes in Houston mayoral runoff

HOUSTON (KTRK) -- And then there were two.

After months of campaigning, the race for Houston mayor will come down to a runoff between Sylvester Turner and Bill King.

State Rep. Sylvester Turner had nearly 36 percent of the votes

It's been six years since Houston has had a new mayor. Mayor Annise Parker has served the maximum number of terms permitted by city code so she cannot run for re-election.

Turner's lead in the race did not come as a surprise, as many political experts pegged him as the front runner. King is expected to win a good chunk of the conservative voters, but there are many candidates who have name recognition, including former Harris County Sheriff Adrian Garcia, who stepped down from as sheriff to run for mayor. Garcia finished third with 16 percent of the vote. The remaining 27 percent of the vote was scattered among 10 other candidates.

Your support made this next step possible and will be even more vital as we head into the runoff. Let's get this done for Houston! #HouVote

We need everyone to come together to make Houston's future brighter than its past. Thank you for your support! https://t.co/wDHTIMlnjU

Dr. Dick Murray talks about the election with Melanie Lawson