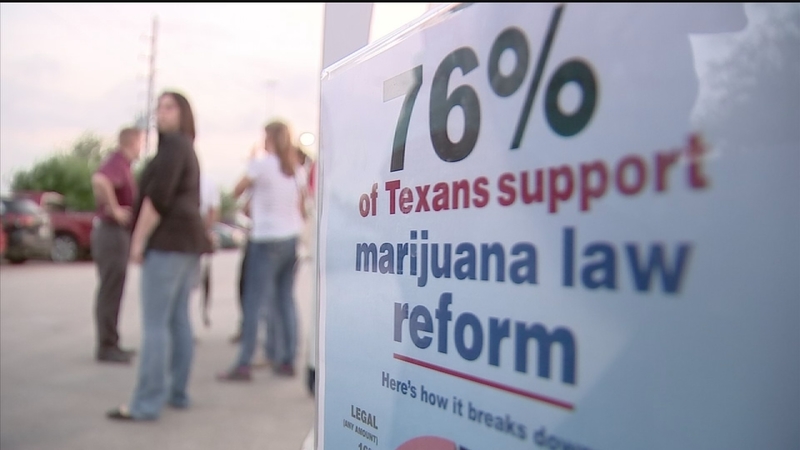 Republican state Rep. David Simpson of Longview argues marijuana comes from God and therefore shouldn't be banned by government. The tea party stalwart has repeatedly championed what he calls the "Christian case" for legalization.

Simpson's bill languished for weeks before the House Criminal Jurisprudence Committee. Three committee Democrats and two Republicans surprisingly voted to support it Wednesday, though, and it passed 5-2.

That makes Simpson's bill eligible for consideration to reach the House floor before the legislative session ends June 1, although that's still highly unlikely.

"It's hard for people to take a stand on something that so controversial," Houstonian Kaitlyn Swonke said.

"It's clear that legislatures want to have this conversation. They're fed up with these failing federal drug policies," said Heather Fazio with the Marijuana Policy Project in Austin.

"The Republican Party is opposed to it. Constant with our party platform, I think it's dead on arrival if it reaches the House or Senate floor," said Former Rep Party Chairman Jared Woodfill.