Killers on the loose after killing McDonald's owner near East Freeway 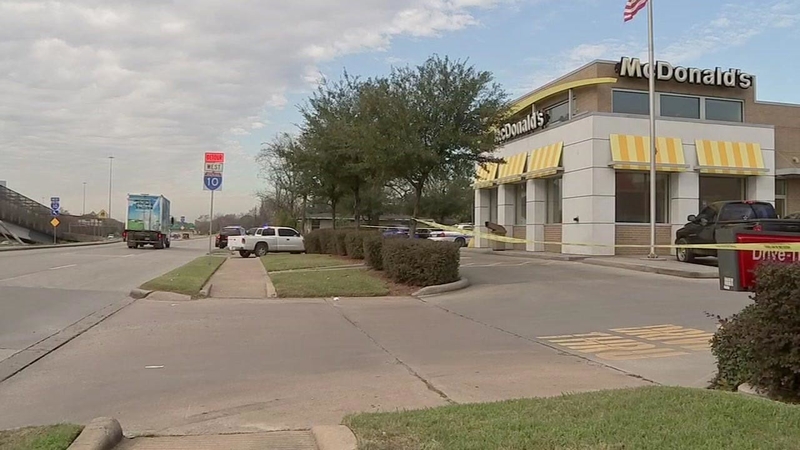 HOUSTON (KTRK) -- Houston police say the victim of a deadly shooting at a McDonald's restaurant in east Houston Monday morning was the owner of that restaurant.

That 68-year-old owner, Carroll Oliver, died of after he was shot during an attempted robbery at his restaurant in the 5300 block of the East Freeway. Houston police say it happened during his morning money run to the bank.

HPD Homicide Detective Fil Waters says someone was lying in wait for Oliver when he walked out the parking lot of the restaurant at Lockwood and the East Freeway. Water says a white late model Grand Cherokee pulled into the parking lot and approached Oliver. Someone tried to take the money from Oliver without exiting the vehicle.

However, Oliver, who was armed, pulled his weapon, and that's when people inside the car also pulled a gun and Oliver was shot, according to HPD. The suspect vehicle fled the scene at Lockwood. It's unknown whether the suspect or suspects got away with any cash.

Water said it's unclear how many people were inside the SUV at the time of the shooting, but that those involved appeared to know Oliver's morning routine at the restaurant.

McDonald's released a statement on Monday, saying, "The entire McDonald's family is deeply saddened by the loss of one of our owners, Carroll Oliver. Our hearts and prayers go out to the Oliver family who is being surrounded by love and support. While the situation remains under investigation by police, out of respect for the family's privacy, we will not make any further comments at this time."