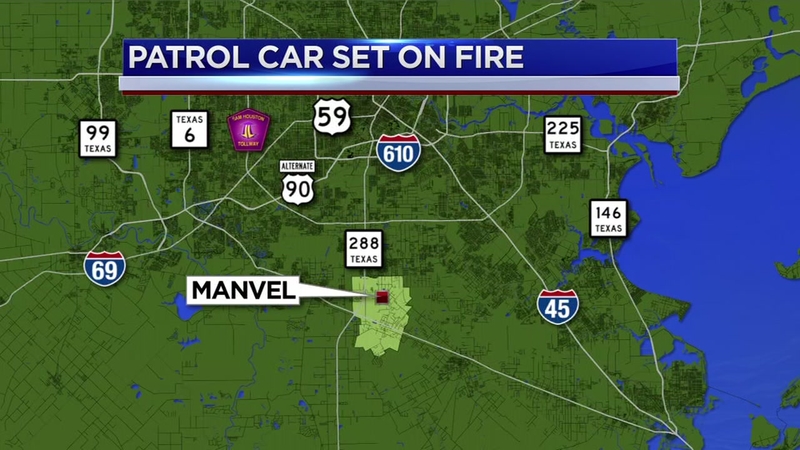 PEARLAND, TX (KTRK) -- The Brazoria County Sheriff's Office says they arrested a 16-year-old illegal immigrant for what authorities are calling 'an attack on law enforcement.'

Deputies say the teenager set fire to a Precinct 4 deputy constable's patrol car in Manvel. Then the teen allegedly pointed a rifle out his car window when an officer approached him. A car chase began and the teenager hit an officer escorting a funeral. Fortunately, the officer was not hurt.

The teenager crashed in Pearland on FM 518 at Kingsley Drive and was taken into police custody. Officers say the teenager claimed he wanted to kill officers because he says police are always shooting people and nothing happens to them.

The teenager is charged with arson, aggravated assault of a public servant with a deadly weapon, drug possession, and evading arrest.