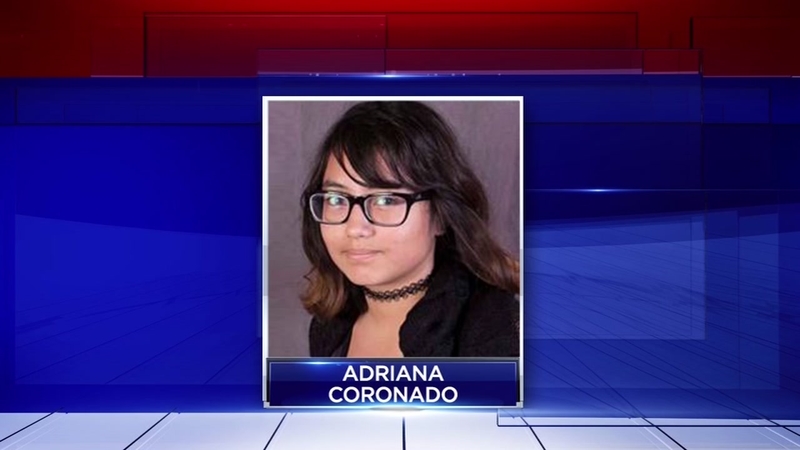 HOUSTON (KTRK) -- Walker County Sheriff Clint McRae made a huge plea to the public Monday. McRae asked for everyone, especially in the Houston area, to be on the lookout for 13-year-old Adriana Coronado.

He said her life might be in "grave danger" after her father, Caesar Coronado, was found killed in Walker County. Detectives suspect the young girl may have witnessed the murder.

"She certainly is in grave danger. We need the public's assistance. We want to confirm her whereabouts and welfare," said Sheriff McRae.

McRae spoke with Eyewitness News around 1:30pm Monday. The Sheriff explained Caesar Coronado's body was burned and found in a rural area in the northern part of Walker County. Our camera spotted investigators on FM 2989. McRae would not confirm the location where they made the deadly discovery.

"At this point and time, the body is undergoing an autopsy," said Sheriff McRae. "We have reason to believe gunshots were involved. but we're waiting for autopsy results."

As of this point, investigators suspect Adriana may be in the Houston area. They do not have any suspect descriptions.

A specialized team with the FBI which works on child abductions is headed to Walker County from Washington D.C. to assist in the investigation.

Friends say the Mayde Creek High School freshmen loves one direction and is a good student. Her neighbors called her friendly and talkative, unlike her parents.

"When they first moved in I wanted to exchange numbers with the mom but the mom told me, no, but maybe later on, but not right now," neighbor Bernadina Smith said.

Still, they're praying for the best.

"I really hope they find her," Smith said.

Anyone with information is asked to call the Walker County Sheriff's Office at 936-435-2400.