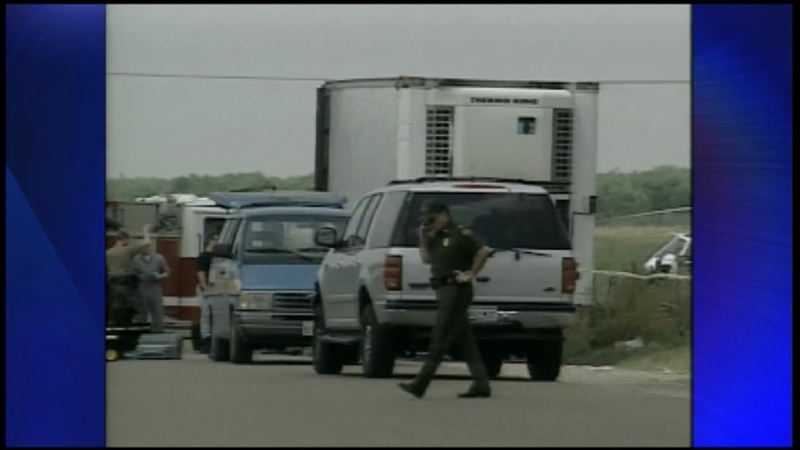 VICTORIA, Texas (KTRK) -- It is considered the deadliest smuggling incident in U.S. history.

On a desolate stretch of highway in Victoria on May 14, 2003, sheriff's deputies discovered 70 people trapped inside a sweltering truck trailer.

The undocumented immigrants were being smuggled into the U.S.

In the end, 19 of the 70 people would die of dehydration, overheating and suffocation.

The smuggling attempt began in the South Texas city of Harlingen, where more than 70 immigrants from Mexico, Honduras, El Salvador, Nicaragua and the Dominican Republic were packed inside Williams' tractor-trailer.


Fourteen people were indicted by federal prosecutors, including truck driver Tyrone Williams, who was initially sentenced to life in prison.

In total, Williams was convicted on 58 counts of conspiracy, harboring and transporting illegal immigrants.

In 2011, Williams was given a new sentence of nearly 34 years in prison after a federal appeals court overturned the multiple life sentences he received.

Williams was the only defendant who faced a possible death sentence.