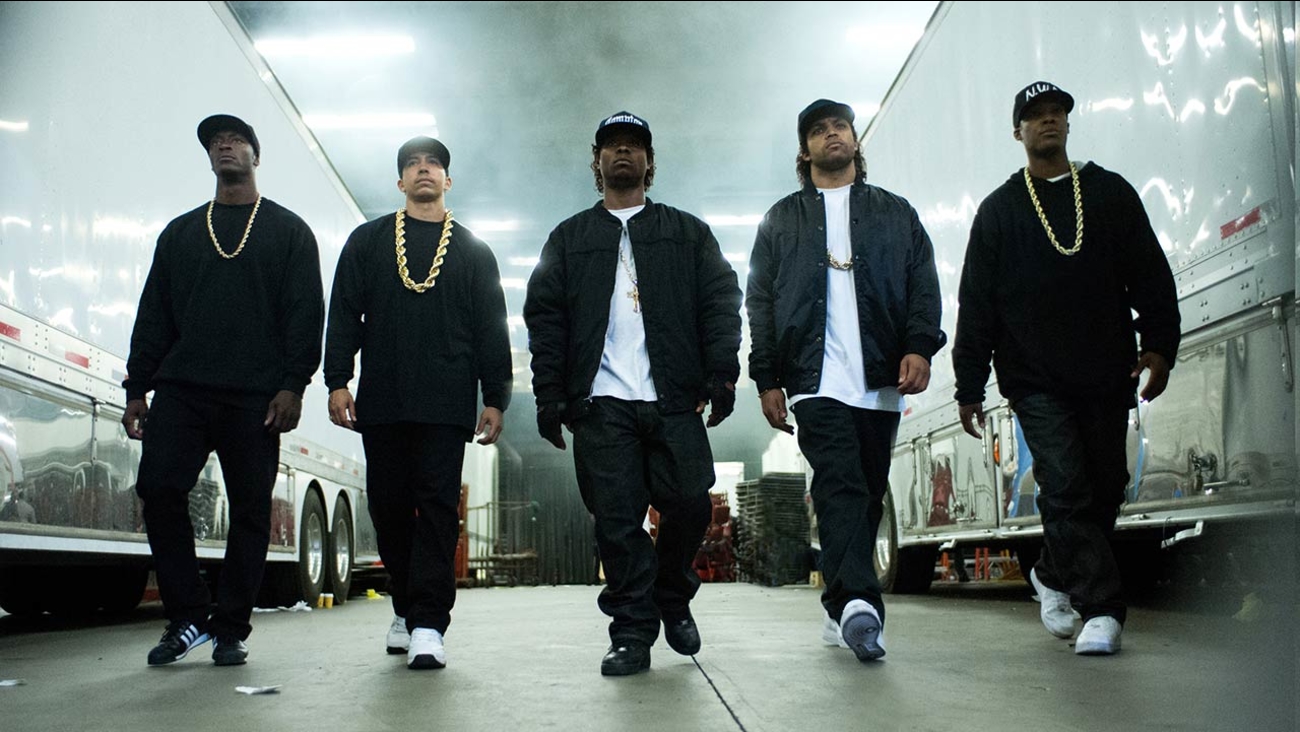 Universal's N.W.A biopic, a much buzzed-about hit, dominated over the late August releases that often characterize Hollywood's dog days of summer. It has now made $111.5 million in two weeks, and continued to drive moviegoers, both male and female, despite renewed charges of misogyny in N.W.A lyrics and the film overlooking claims of Dr. Dre's abuse of women.

In a statement Friday, the rapper and producer of "Straight Outta Compton" said: "I apologize to the women I've hurt. I deeply regret what I did and know that it has forever impacted all of our lives."

Of the weekend's new releases, the low-budget horror sequel "Sinister 2" fared best, opening with an estimated $10.6 million for the Blumhouse production - well below the $18 million the 2012 original debuted with. The result was good enough for third place, behind Paramount's "Mission: Impossible - Rogue Nation," which made $11.7 million in its fourth weekend of release.

Fox's assassin thriller "Hitman: Agent 47," the second attempt in eight years to adapt the popular video game, disappointed with $8.2 million. It will hope to do better abroad, where the 2007 original made $60.3 million. It began with $8.5 million over the weekend internationally.

The three new releases - all violent, R-rated, poorly reviewed options - divided up a similar audience. The box office was down 7.5 percent from the same weekend last year, according to box-office data firm Rentrak.

Without a much-anticipated release scheduled over the next two weeks, the lull is likely to continue through Labor Day weekend.