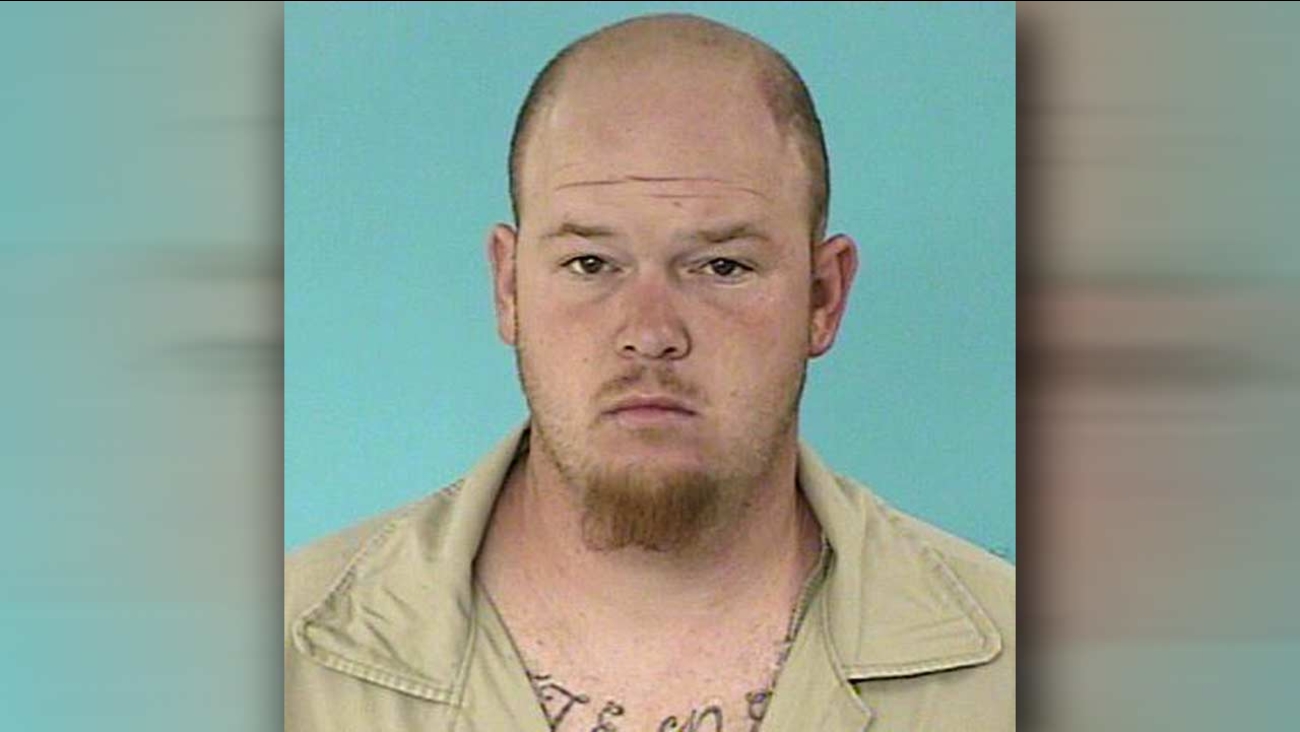 CONROE, TX (KTRK) -- A visit to a friend behind bars ended with another arrest by the Montgomery County Sheriff's Office.

At about 9pm Monday, a Montgomery County Sheriff's Office Special Investigations Canine unit gave a positive alert on a vehicle that was parked near the inmate visitation area. The driver of the vehicle was visiting an inmate in the Montgomery County Jail.

When the driver returned to his vehicle, a deputy searched the vehicle, reportedly finding about 77 grams of "Ice", methamphetamine and an electronic scale. The suspect was arrested and charged with possession of a controlled substance.

The suspect, identified as Gary Lee Howard, 33, was out on bond from Harris County on a possession of a controlled substance with intent to deliver charge.

RELATED: Faces of meth
In an effort to to promote awareness of the horrifying effects of methamphetamine abuse, the Multnomah County Sheriff's Office of Oregon have released the photos of repeat meth offenders to show the world how quickly the side-effects of meth use destroy the user's physical appearance