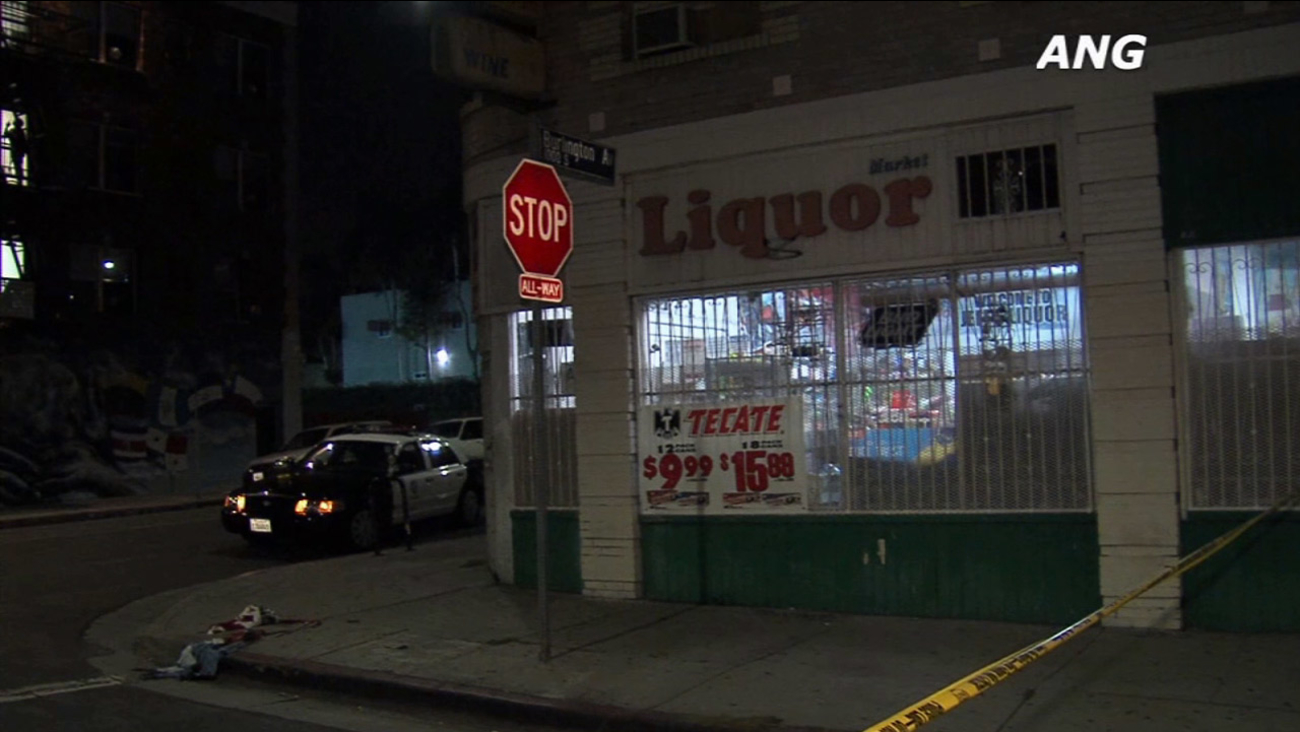 Police cordon off an area where a man was attacked by four men wielding a machete in the early morning hours on Sunday, June 21, 2015.

LOS ANGELES -- A man had his thumb cut off and suffered serious injuries in Los Angeles after being attacked by four men, including one who wielded a machete early Sunday morning. The suspects remain at large.

Around 12:35 a.m., a Hispanic man was riding his bicycle when he was confronted by four other Hispanic men. He was pulled off his bicycle and then attacked.

The suspects, all of whom are between the ages of 19 and 21, began attacked the one man and one of them wielded a machete in an attempt to steal the man's bicycle and some money. During the struggle, the man had his thumb cut off and suffered cuts to his hands and a skull fracture.

The suspects then fled the scene in a green, four-door sedan without taking the bicycle or money. The victim was taken to a nearby hospital and is expected to survive.

No further information on the suspects was immediately available, and it is unclear if the incident was gang related.