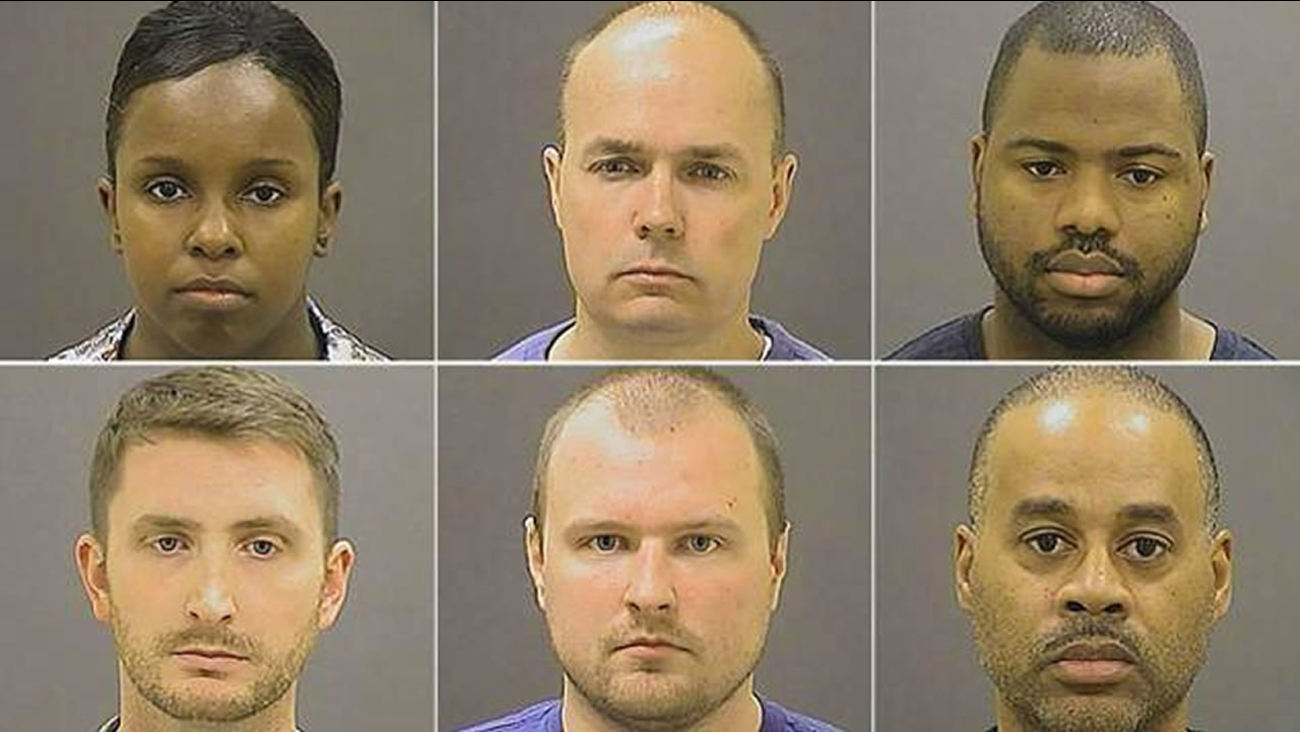 Six Baltimore police officers have been charged in connection with the death of Freddie Gray. (Courtesy: Baltimore Police Department)

AP
BALTIMORE, MD -- A grand jury indicted all six officers charged in the case of Freddie Gray, who died of injuries he suffered in police custody, allowing the state's attorney to press ahead with the most serious charges despite criticism that she was part of an "overzealous prosecution."

The indictments announced Thursday were very similar to the charges Baltimore State's Attorney Marilyn Mosby announced about three weeks ago. The most serious charge for each officer, ranging from second-degree "depraved heart" murder to assault, still stood, though some of the other lesser alleged offenses had changed.

Gray suffered a critical spinal injury after police handcuffed, shackled and placed him head-first into a van, Mosby has said. His pleas for medical attention were repeatedly ignored.

Mosby said prosecutors presented evidence to the grand jury for the past two weeks. Some of the charges were changed based on new information, but she didn't say what that was. She also did not take questions.

"As is often the case, during an ongoing investigation, charges can and should be revised based upon the evidence," Mosby said.

In all, three of the officers had additional charges brought against them while three others had one less charge.

Attorneys for the officers have said in court documents they are the victims of an "overzealous prosecution" riddled with personal and political conflicts of interest. They said at a minimum, Mosby should be replaced with an independent prosecutor because she had a personal interest in calming unrest in the city that followed Gray's death and because her husband is a city councilman.

Gray was arrested April 12. He died in a hospital a week later and became a symbol of what protesters say was police brutality against blacks.

"I'm very glad that the grand jury chose not to indict officer Nero on false imprisonment and one count of second-degree assault. I'm quite confident he will be acquitted of the remaining charges at trial," Nero's defense attorney Marc Zayon said.

Gray's death spawned protests that gave way at least twice to violence, looting and arson. In the wake of the riots, Democratic Mayor Stephanie Rawlings-Blake implemented a curfew for all Baltimore residents, and Republican Gov. Larry Hogan declared a state of emergency.

Gray was arrested in the Sandtown-Winchester neighborhood of West Baltimore. According to court documents, he made eye contact with a police officer and took off running. He was apprehended two blocks away and arrested for possession of a knife that Miller wrote in charging documents is illegal under a city ordinance.

Mosby said the arrest was unlawful because the knife is legal under state law.

None of the officers secured Gray's seatbelt in the van, a violation of police policy. Soon after he was placed in the van, Goodson stopped to secure him with leg irons because Gray had become "irate," police said.

After a ride that included several more stops, including one to pick up a second passenger, the van arrived at the Western District station house. By that time, Gray was non-responsive.