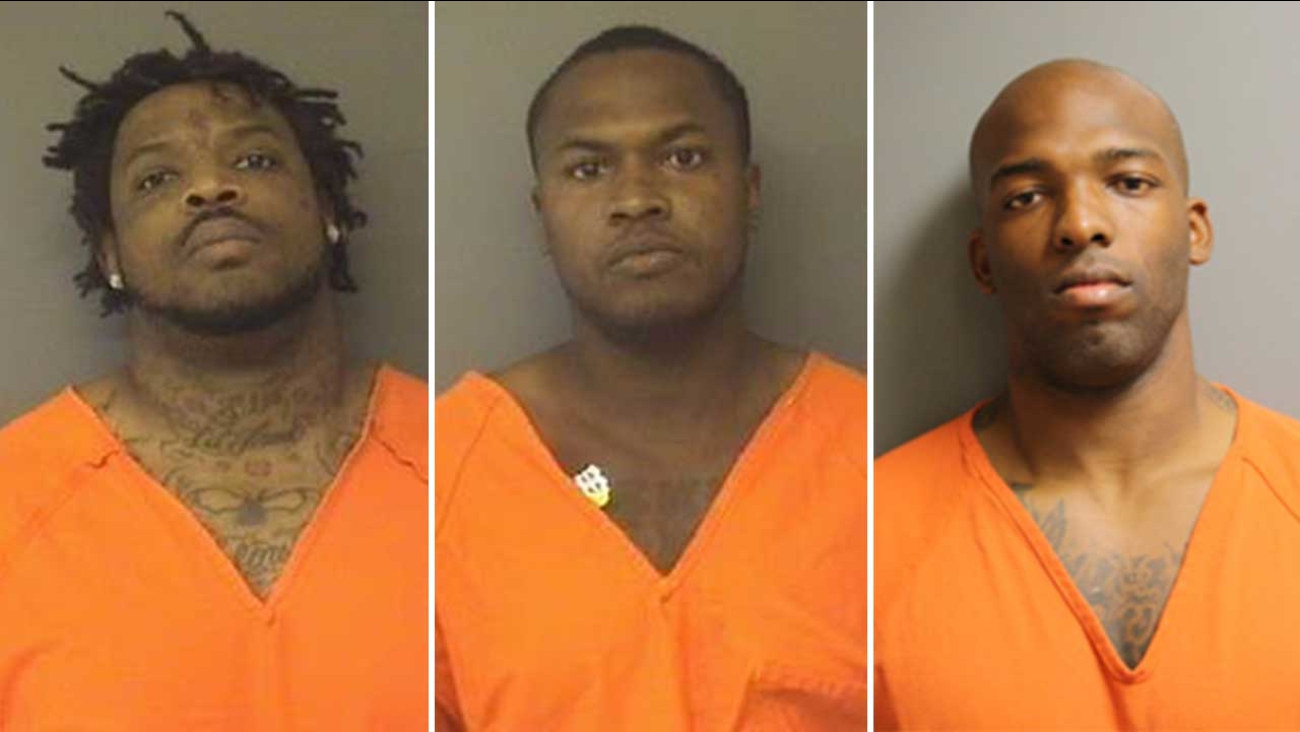 LA MARQUE, TX (KTRK) -- Police have two men in custody and are looking for a third after an alleged abduction at a La Marque liquor store last month.

It happened on March 19. According to police, the men walked into Stack's Liquor at 3807 FM 1765. Once inside, they allegedly tied up two customers and assaulted the clerk.

They then reportedly abducted the clerk after shooting that clerk in the leg.

Police say one suspect then stole the victim's vehicle and both vehicles left the area.

After the call went out, a Texas City police officer found one of the vehicles and tried to pull the driver over. When the driver didn't stop, the chase was on. Somehow, during the pursuit, the victim was able to get out of the vehicle.

The suspects' vehicle then struck a fence near Dickinson Bayou, where three suspects got out and ran to the bayou.

Two suspects -- identified as Adrian Johnson, 34, and Kevin Smithers, 25 - were taken into custody. A third suspect -- Darrell Broussard, Jr., 27 -- remains on the run.