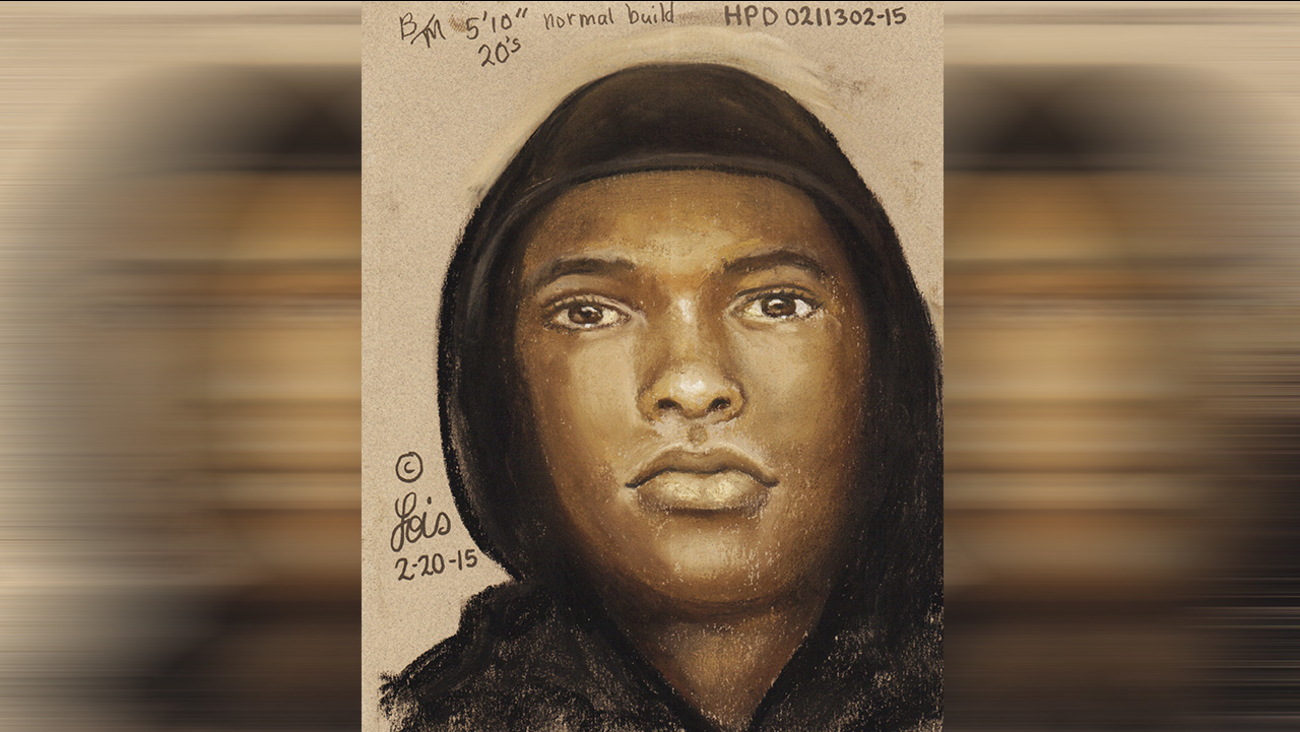 HOUSTON (KTRK) -- Houston police have released surveillance video and a sketch of a possible suspect in the fatal shooting of a 19-year-old man in north Houston on Wednesday.

The suspect is described only as a black male, wearing black or dark blue pants, white shoes, and a black hoodie with a single gray stripe running down both sleeves as well as a stripe around the face opening. The surveillance video also shows him wearing a white or gray long-sleeved undershirt. He is about 20 years old, 5 feet 10 inches tall, with a medium build.

The victim, Frank Medrano, died at the scene at 720 South Ella Creek. Police say Medrano was working at a new home construction site when he was shot during an apparent attempted robbery. Several witnesses heard the gunshot and saw a suspect running from the scene.

Anyone with information on this case is urged to contact the HPD Homicide Division at 713-3083600 or Crime Stoppers at 713-222-TIPS.
Related topics:
houstonshootingarmed robbery
Copyright © 2021 KTRK-TV. All Rights Reserved.
TOP STORIES
Judge blocks Abbott's order to pull over vehicles with migrants
Migrant advocacy groups say traffic stop order is 'detrimental'
Conroe PD sued over arrest that 'destroyed' life of former teacher
LyondellBasell survivor still in hospital 'covered in burns'
Here's when some of you could get a humidity break
Doctors see spike in children hospitalized due to COVID and RSV
Woman sentenced after arranging kidnapping of cousin killed by FBI
Show More
CDC issues new eviction ban for most of US through Oct. 3
2 more Houston lawmakers arrested in DC during voting rights protest
Bolivar Peninsula fisherman reels in 110-inch shark
Big 12 reportedly looking at Pac-12 partnership
Business is booming in Houston's East End and here's why
More TOP STORIES News