Should all children be vaccinated? 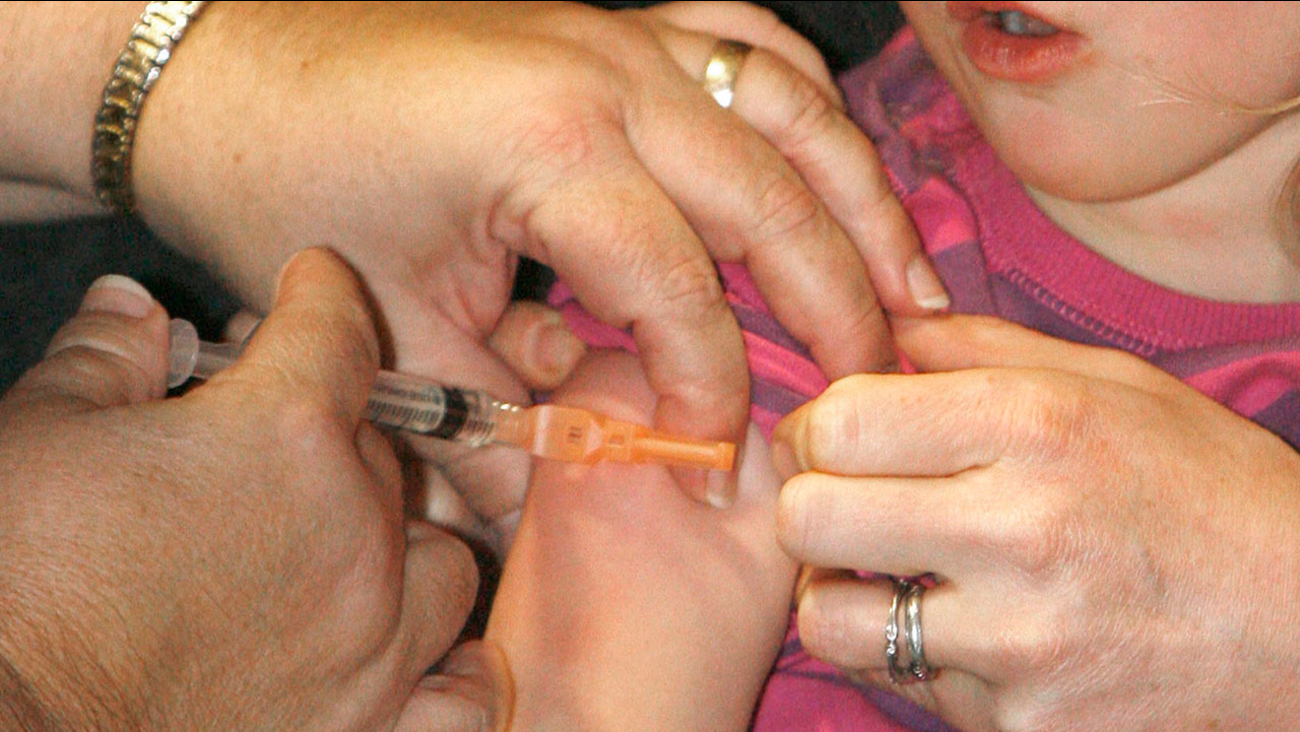 HOUSTON (KTRK) -- The whooping cough, mumps, measles - these are diseases that should have been wiped out but are now making a comeback -- mostly because of parents who refuse to vaccinate their kids.

The latest one is from California, where the measles outbreak emerged out of Disneyland. The outbreak has affected at least 70 people across six states. Health officials are telling people who aren't vaccinated to avoid California Disney theme parks.

In Texas, one case near Dallas has been reported, but state officials said that patient didn't get it from Disneyland and likely got measles overseas. Officials say it all comes back to vaccination - which only works if a majority of people get it.

"Within our community, we need to have 95% of the people to have that immunity in order to protect the handful of people who can't be immunized," said Kathy Barton of the Houston Department of Health and Human Services. "Because there are some people that can't be. Infants under the age of 12 months cannot be immunized."

The state of Texas requires public school students to get immunized - but exemptions are allowed if a physician declares the vaccine is harmful to a child's health or if it's against reasons of conscience, like religious beliefs.

According to HISD, about 600 out of more than 200-thousand students are not fully vaccinated.

Measle symptoms include fever, dry cough, inflamed eyes and a sore throat with tiny white spots on the inside of the mouth.
You can also develop a blotchy, flat rash. Symptoms show up 10 to 14 days after exposure....and a person is contagious while the disease is incubating.

Officials say not vaccinating is a personal choice that can become a public hazard.

Health officials from the Texas Department of Health Services said another rising disease is pertussis. The latest numbers show that there were more cases -- almost 4,000 -- in 2013 in Texas than in any other year since 1959. Pertussis vaccines are effective but immunity can decrease over time. It typically offers high levels of protection within the first 2 years of getting vaccinated. Similarly, having already had pertussis may also only protect you for a few years. Officials said that it's more likely that waning immunity in adults and adolescents is the driving force behind the numbers of pertussis cases in Texas. Other factors include heightened awareness of the disease among clinicians, school nurses, parents and the general public and better laboratory testing methodologies. For the past 30 years, the peaks have been getting higher and overall case counts continue to increase. Unlike other diseases, getting sick with pertussis or getting the pertussis vaccine doesn't necessarily provide lifelong protection, which means a person can still get pertussis and pass it onto infants.