Muslim police officer was among victims of Paris attack 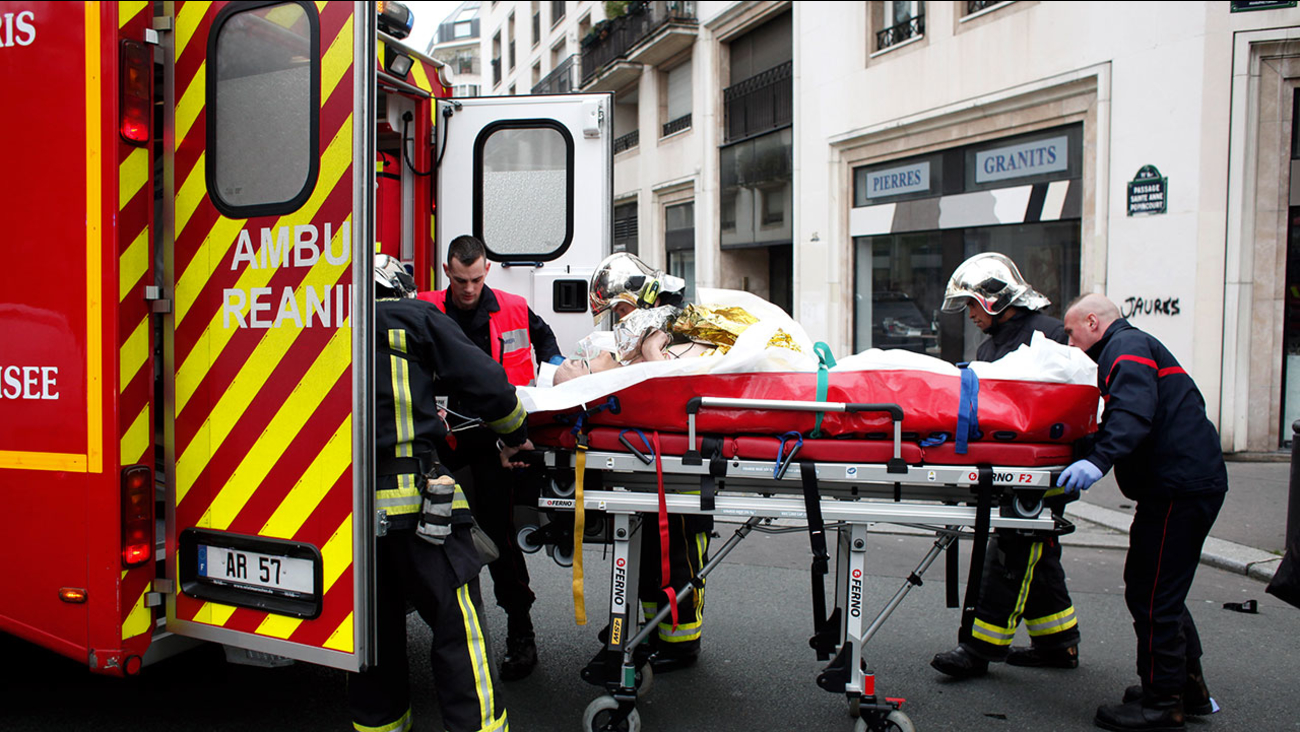 An injured person is transported to an ambulance after a shooting, at the French satirical newspaper Charlie Hebdo's office, in Paris. (AP Photo/Thibault Camus)

PARIS, France -- The last of the 12 victims slain in the terror attack on the French newspaper Charlie Hebdo was a police officer - the son of immigrants from mainly Muslim North Africa - who was shot dead on the sidewalk by one of the assailants as they started their getaway.

Police officials identified him as Ahmed Merabet. As details about his death became known, a campaign of solidarity quickly caught fire on social media, using the phrase "Je Suis Ahmed" - I Am Ahmed. That echoed the campaign of support for the satirical newspaper that spread widely after the attack, using the slogan "Je Suis Charlie."

French news reports gave varying ages for Merabet, though the police union to which he belonged said he was in his 30s. He reportedly had eight years of police service, and was assigned to the neighborhood where Wednesday's attack occurred.

Video footage taken by an onlooker that surfaced on the Internet after the attack appeared to show a wounded Merabet on the pavement, raising a hand as though appealing for mercy before he was fatally shot in the head by one of the three gunmen. During their attack on the newspaper office, the assailants had shouted "Allahu akbar!" - Arabic for "God is great!" - and police were investigating their possible ties to a Yemen-based terrorist group.

Merabet's home town, the suburb of Livry-Gargan in the northeastern suburbs of Paris, announced Thursday that he and the other victims would be commemorated at a ceremony Sunday at the city hall.

A police union official, who cited the sensitivity of the case in requesting anonymity, said Merabet's parents immigrated to France from predominantly Muslim North Africa. The officials said he didn't know whether Merabet was actively practicing the religion.

The other slain officer was Franck Brinsolaro, a married police veteran who served on the bodyguard detail for the slain editor of Charlie Hebdo, Stephane Charbonnier.

According to French media, Brinsolaro was married to the editor of a weekly newspaper in northern France, and the couple had a 1-year-old daughter.