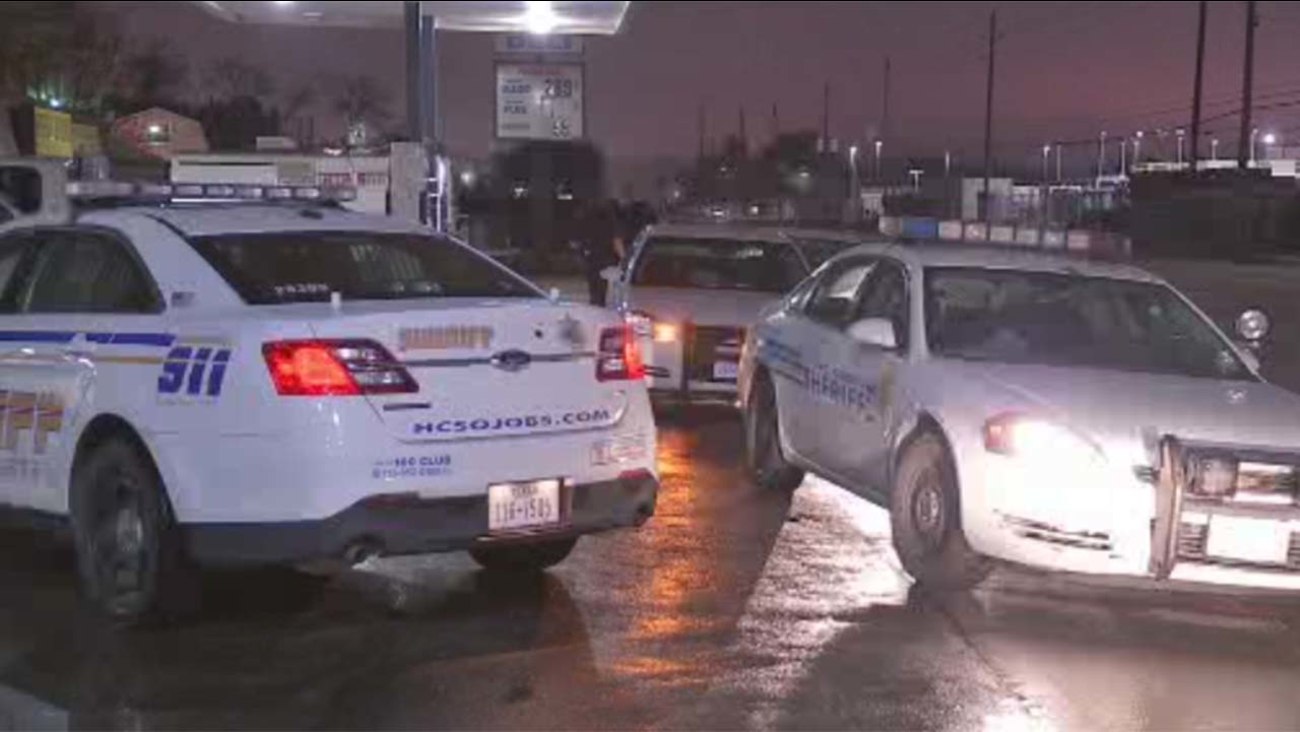 HOUSTON (KTRK) -- Two men were shot during a robbery outside a convenience store in northwest Harris County, according to Harris County authorities.

The Harris County Sheriff's Office says three men were in front of a convenience store on Brittmore and Holly Hill having a drink around 9:30pm when three men approached them and demanded money.

The men handed over their money, but the men started shooting, hitting two of the robbery victims.

One of the men ducked on the ground as soon as the bullets started to fly.

Harris County Sheriff's Office Sgt. J. Freeman said, "He only saw one of the three, he was focused on the gentlman that was pointing a gun at him. He complied with his demands and as soon as the shooting started he hit the ground. He didn't see much besides the other two running away."

Both of the men who were shot are expected to survive.