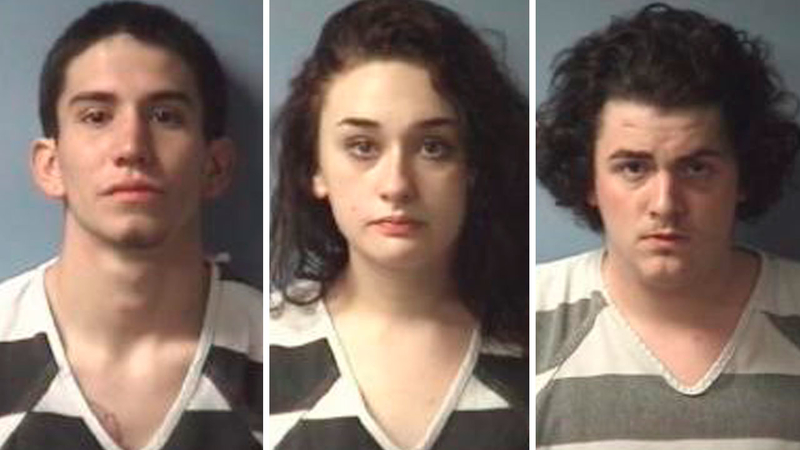 FRIENDSWOOD, TX (KTRK) -- Three teens are in custody after a gas station was broken into and burglarized, police say.

The burglary happened just after midnight on Feb. 7 at the Shell gas station at the corner of FM 528 and Blackhawk Boulevard. Police say concrete chunks had been used to break the business' front window.

Using surveillance footage provided by the store's owner, police canvassed the surrounding neighborhoods, arresting Justin Devon Land, 17, of League City and Hope Krista Gensemer, 18, of Friendswood. Both were charged with alcohol possession, and Gensemer was also charged with possession of drug paraphernalia.

Police then identified Christian Chase Russell, 19, as the main suspect in the case. Family members at his home on the 16600 block of Hibiscus said they had not seen him in several days, but officers apprehended Russell hopping a fence nearby soon thereafter, wearing the same clothes as the suspect in the surveillance video.

Russell has been charged with burglary.