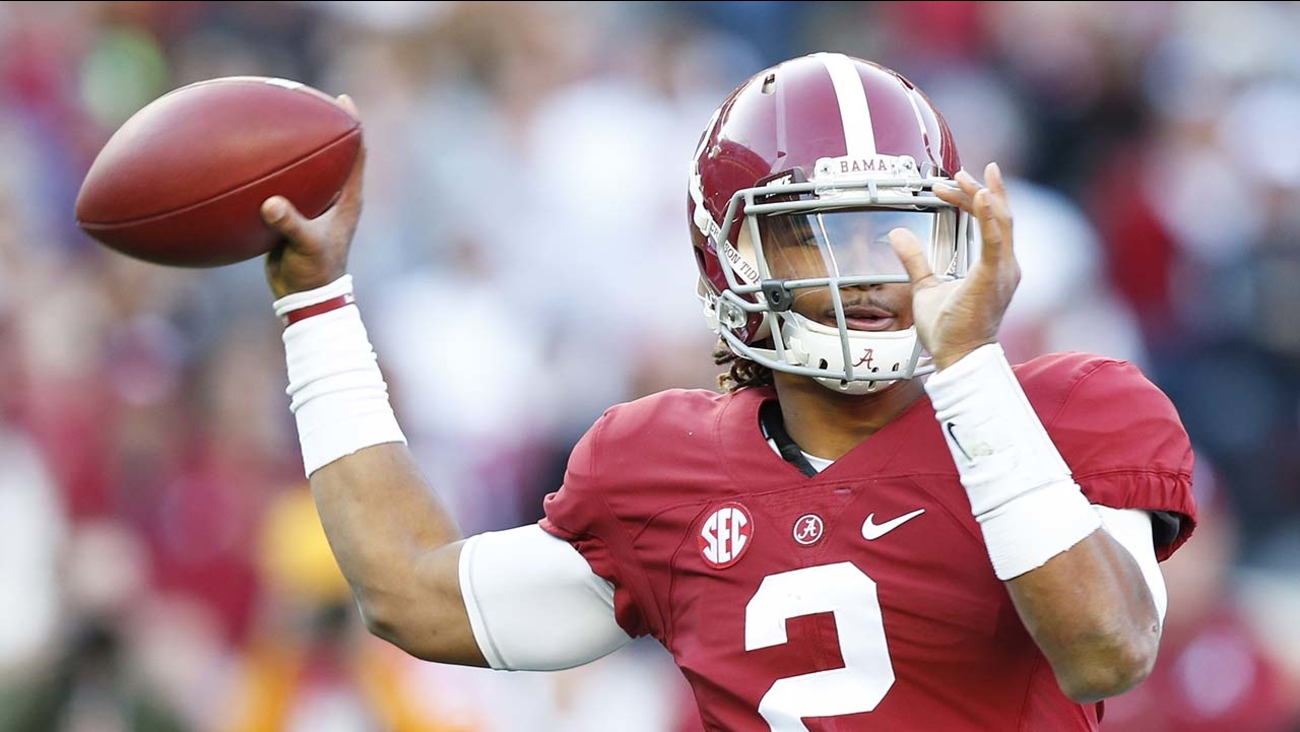 FILE: Alabama quarterback Jalen Hurts sets back to pass the ball during the first half of the Iron Bowl NCAA college football game, Saturday, Nov. 26, 2016, in Tuscaloosa, Ala. ((AP Photo/Brynn Anderson))

Saturday, Dec. 3
#10 Oklahoma State vs #9 Oklahoma: Baker Mayfield passed for 288 yards and three touchdowns, and Oklahoma defeated Oklahoma State 38-20 on Saturday in a matchup that decided the Big 12 champion and likely guaranteed the Sooners a trip to the Sugar Bowl.


Alabama showed off all its weapons in the Southeastern Conference championship game as they defeated Florida 54-16 to with the title.


No. 3 Clemson defeated Virginia 42-35 to win the ACC Championship.


Skyler Howard threw two touchdown passes and ran for another score, and West Virginia held on for a 24-21 victory over Baylor on Saturday night in their Big 12 regular-season finale.


Following a first-round bye, the No. 1-ranked Sam Houston State Bearkats defeated Chattanooga 41-36 in the second round of the FCS Playoffs on Saturday at Bowers Stadium.

Sam Houston, who is the top-ranked team in the nation in both the STATS FCS and NCAA Coaches' polls, was one of eight playoff teams with a week off in the first round after being given the No. 5 overall seed in the push for Frisco. Meanwhile, the Mocs enter Bowers Stadium following a 45-14 win over Weber State in the first round.