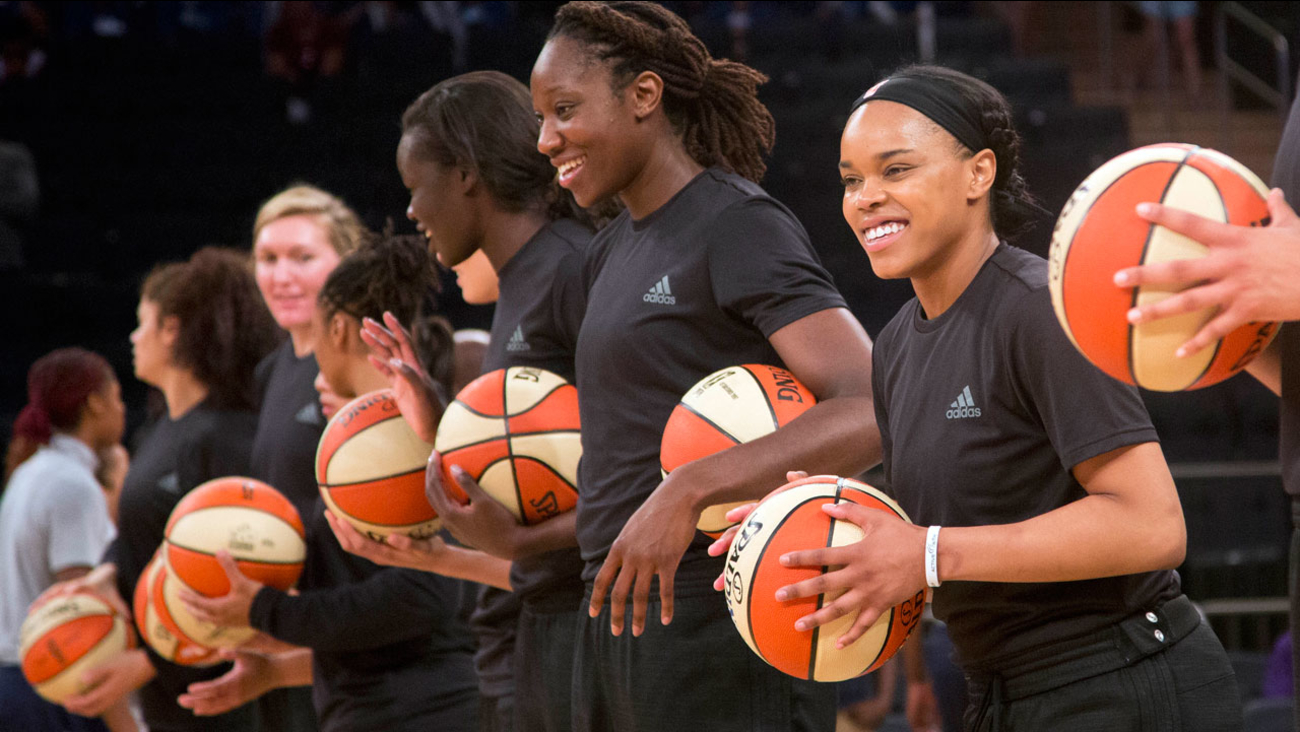 The WNBA is withdrawing fines against several teams and their players for wearing plain black warm-up shirts in the wake of recent shootings by and against police. (AP Photo/Mark Lennihan, File)

NEW YORK CITY -- The WNBA is withdrawing its fines for teams and players that showed support of citizens and police involved in recent shootings by wearing black warmup shirts before games.