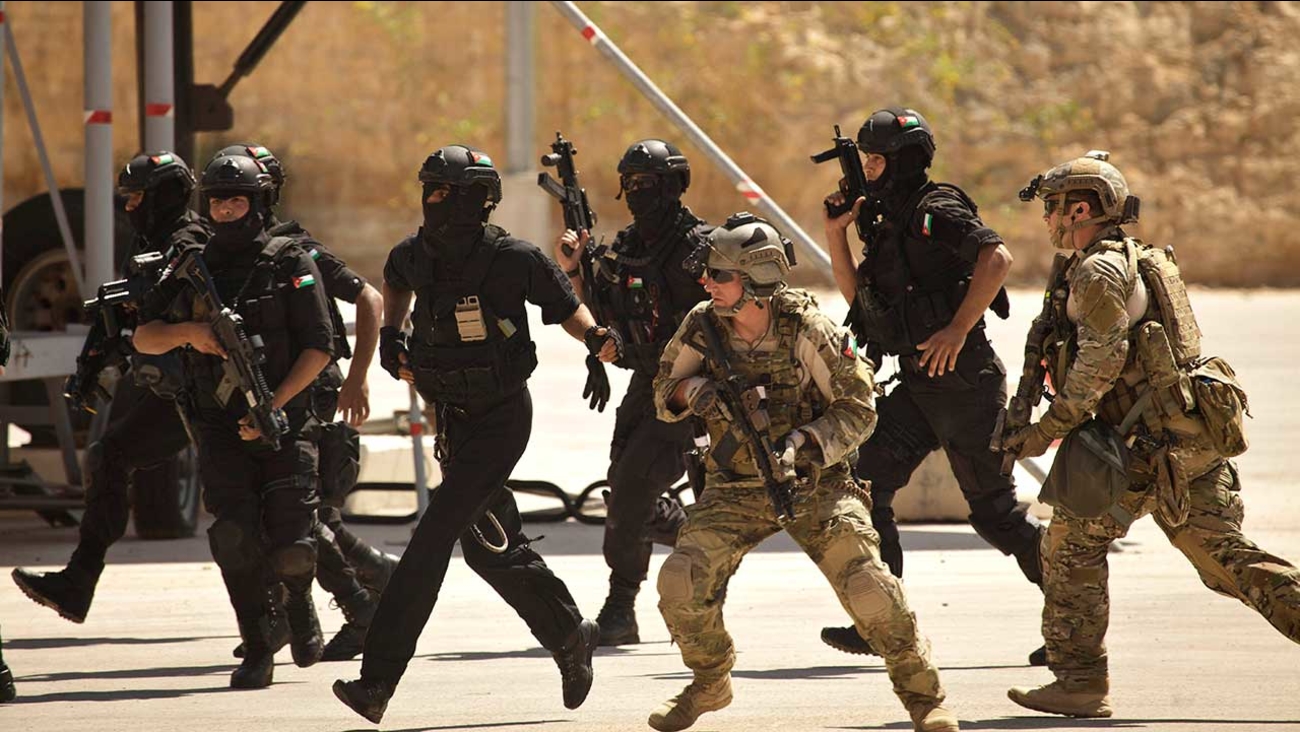 In this Thursday, June 20, 2013 photo, special operations forces from Jordan and the U.S. conduct a combined demonstration with commandos from Iraq (AP Photo/Maya Alleruzzo)

HANNOVER, Germany -- President Barack Obama on Monday announced the deployment to Syria of an additional 250 U.S. special operations forces to assist local troops who are trying to dislodge Islamic State extremists, significantly broadening the American presence in the war-torn country.

The move will bring the number of personnel to roughly 300, up from about 50 special operations forces currently in Syria.

Obama revealed his decision a week after Defense Secretary Ash Carter announced that more than 200 U.S. troops soon will be headed to Iraq, where local forces are also battling Islamic State militants who control areas of that country.

He said the newest insertion of U.S. forces will not be in combat roles.

"They're not going to be leading the fight on the ground, but they will be essential in providing the training and assisting local forces," Obama said during a speech in Hannover, Germany, that capped a weeklong trip that also took him to Saudi Arabia and Great Britain.

IS was a focus of his private talks with his counterparts in all three stops.

Senior U.S. officials have been touting the success of the forces in Syria, including their ability to generate critical intelligence that gives the U.S.-led coalition against IS a better view of happenings on the ground, such as efforts to target insurgents.

"We want to accelerate that progress," through the commitment of additional forces, Rhodes said.

Obama said that U.S.- European collaboration must extend to the threat posed by the Islamic State. And as he announced the U.S.'s deeper involvement, he urged this continent to step up, too.

Obama said that in a meeting later with the leaders of Great Britain, Germany, France and Italy, he would ask those nations to step up their contribution to the air campaign and to the training of local forces. He said he would be seeking more economic aid to rebuild parts of Iraq the U.S.-led coalition has recaptured from IS.

"Europe and NATO can still do more," he said. "We need to do everything in our power to stop them."

Obama discussed his troop decision briefly during a broader speech on U.S.-European relations and the importance to the world of continued European unity. Obama urged Europe's leaders to pay attention to income inequality, which he said creates wedges among populations, and other issues including education for young people and equal pay for equal work for women.

"If we do not solve these problems, we start seeing those who would try to exploit these fears and frustrations and channel them in a destructive way," Obama said, decrying an "us-versus-them" mentality that breeds animosity toward immigrants, Muslims and others.

"This is a defining moment and what happens on this continent has consequences for people around the globe," Obama said. "If a unified, peaceful, liberal, pluralistic, free-market Europe begins to doubt itself, begins to question the progress that's been made over the last several decades, then we can't expect the progress that is just now taking hold in many places around the world will continue."

The president's appeal for Europe to stick together came days after he made a forceful argument while in London against Great Britain exiting the European Union, a 28-nation alliance. The possibility of Britain leaving the EU in a June referendum, along with the regional terrorist threat and tensions over the Syria refugee crisis, has raised questions about the strength of European unity.
Related topics:
president barack obamamilitaryu.s. & worldsyria
Copyright © 2020 by The Associated Press. All Rights Reserved.
More Videos
From CNN Newsource affiliates
TOP STORIES

Evacuation orders in your area ahead of Tropical Storm Beta

Galveston braces for Beta's impact
Father of Sierra Rhodd shot to death
Here's what people had to say at Sierra Rhodd's vigil
Astros ace Justin Verlander to undergo Tommy John surgery
Man shot to death after a rock was thrown at his apartment
Show More
Here's a recap of the news you need for Saturday, September 19
No fans will be at Houston Texans' 1st home game of season
HISD facilities reported having presumed positive COVID-19 cases
Justice Ruth Bader Ginsburg dies at 87
Walk, run, cycle or dance to help students of color in Houston
More TOP STORIES News