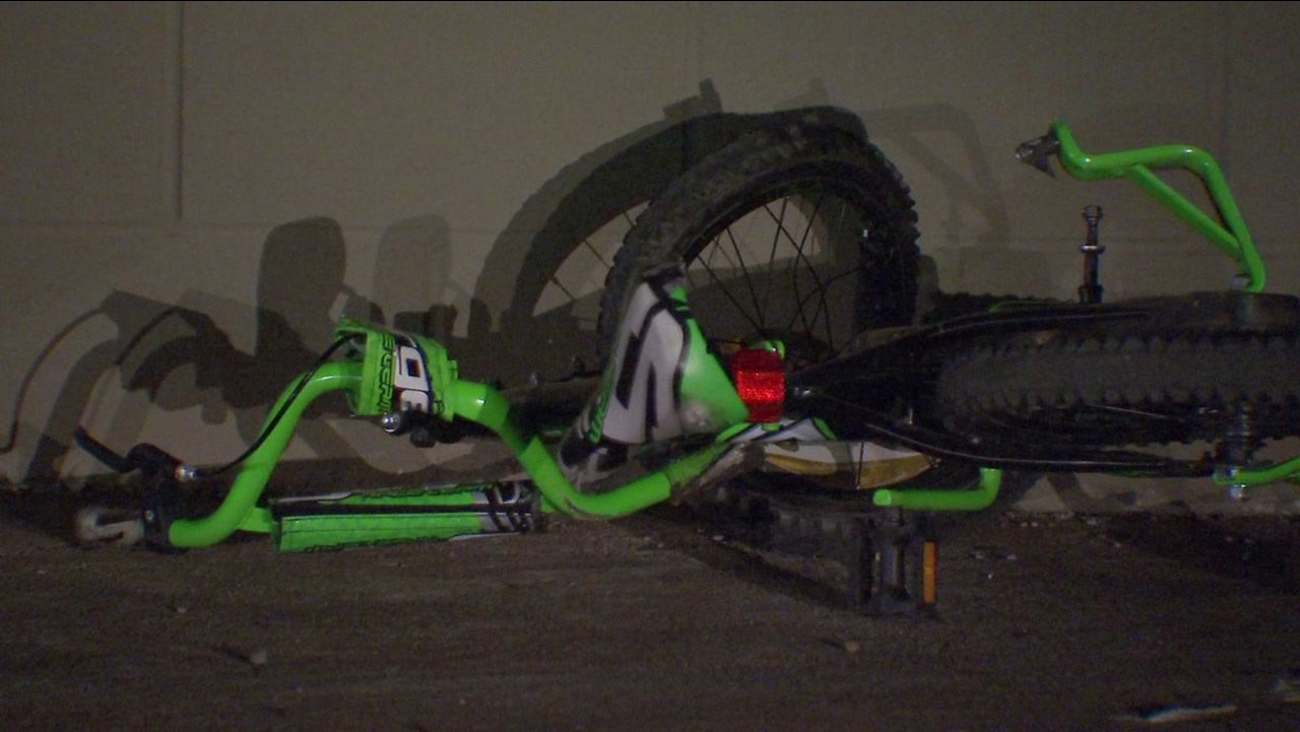 HOUSTON (KTRK) -- A little boy is dead, fatally struck by a car while riding his bicycle at a southwest Houston apartment complex.

The accident happened at the Winding Trails apartment on Wilcrest and South Street, between 5:30 and 6:00pm Tuesday.

Police say a woman driving an SUV struck a four-year-old on a bicycle. The child and bike were dragged a short distance.

The boy suffered serious head trauma and was transported to Texas Children's Hospital, where he was pronounced dead.