Fan has heart attack toward end of Michigan St-Michigan game 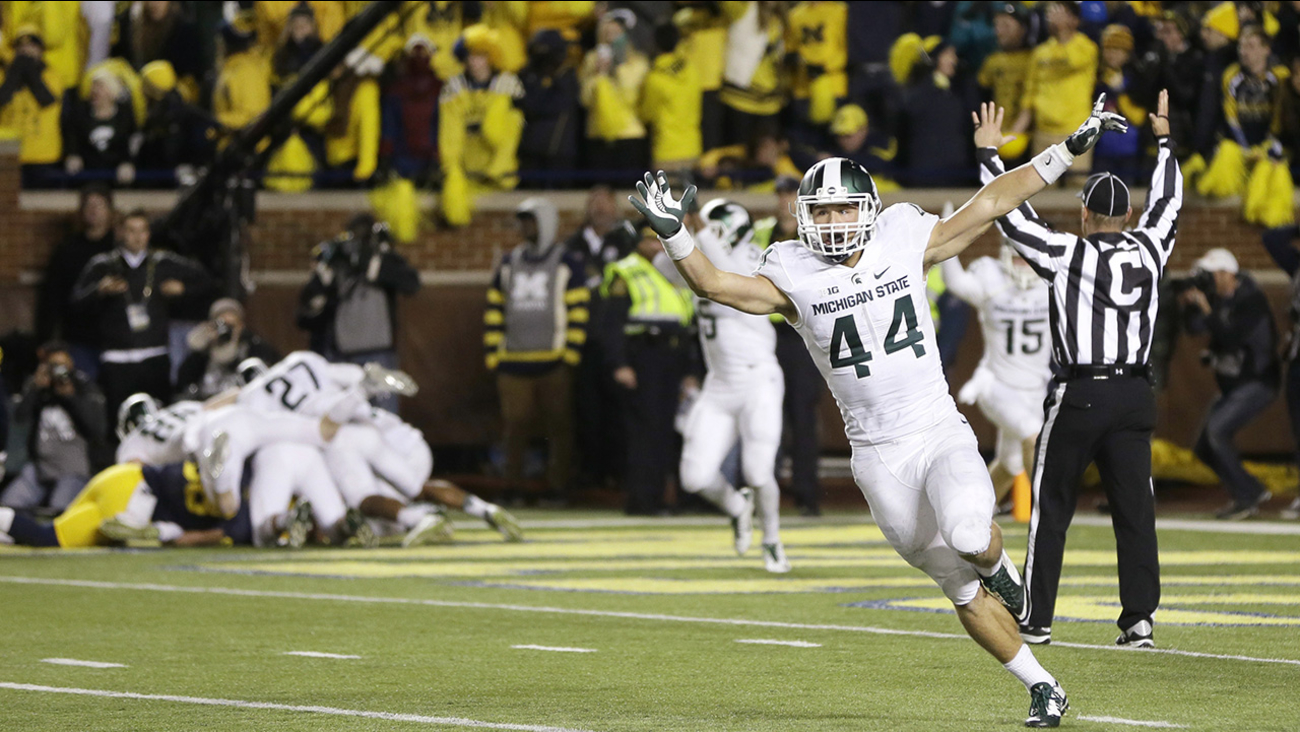 AP
ANN ARBOR, MI -- A fan was treated for a heart attack and taken to a hospital after No. 7 Michigan State stunned No. 12 Michigan 27-23 on Saturday with a last-second score.

It was a busy day in and around Michigan Stadium for medical personnel and police.

Brown says 76 people needed treatment, including 12 that were taken to the hospital. Seven were arrested, including four for minors in possession of alcohol, two for disorderly conduct and one for resisting and obstructing.
Related topics:
sportsmichiganu.s. & worldcollege football
Copyright © 2020 by The Associated Press. All Rights Reserved.
More Videos
From CNN Newsource affiliates
TOP STORIES