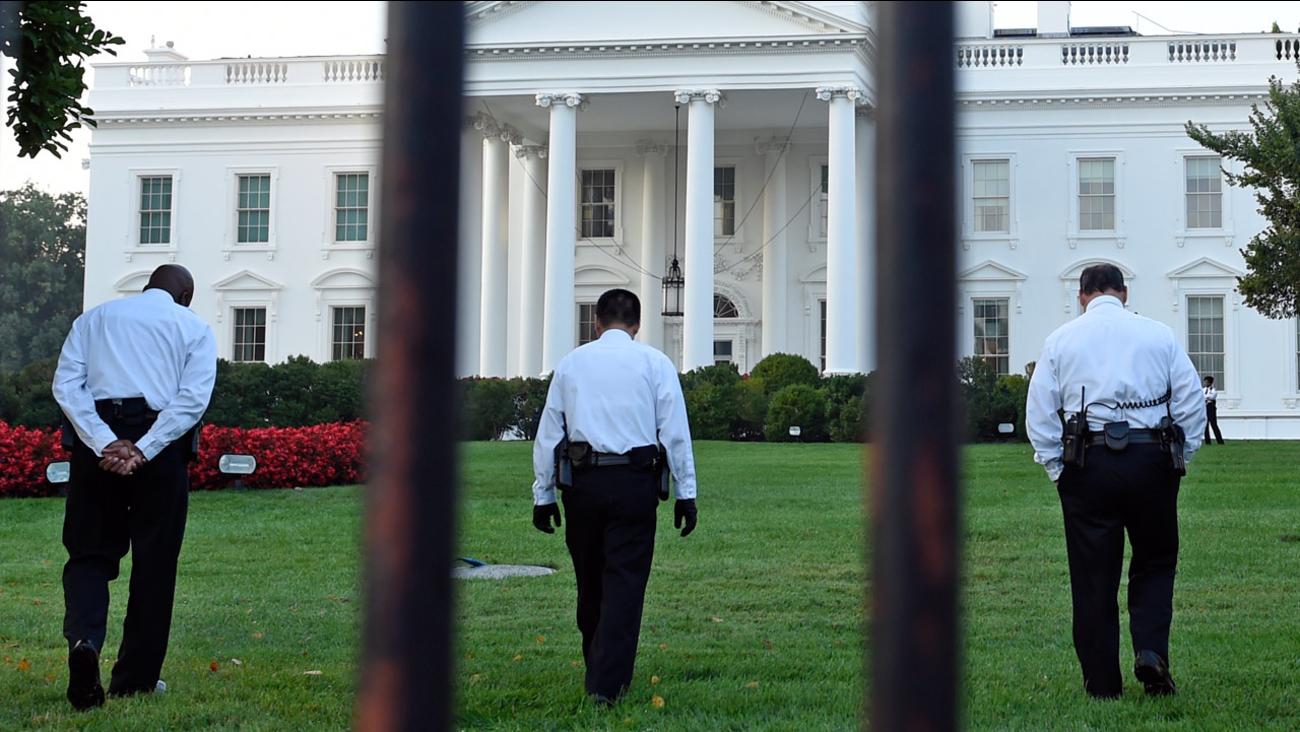 Uniformed Secret Service officers walk along the lawn on the North side of the White House in Washington, Saturday, Sept. 20, 2014. (AP Photo/Susan Walsh)

The accident happened about 7 p.m. Tuesday in Wakefield, near the Maine state line.

Police say the agents were heading south on Route 16, when a northbound car with three people crossed a double yellow solid line and hit them.

Clinton says she was saddened to hear of the crash.