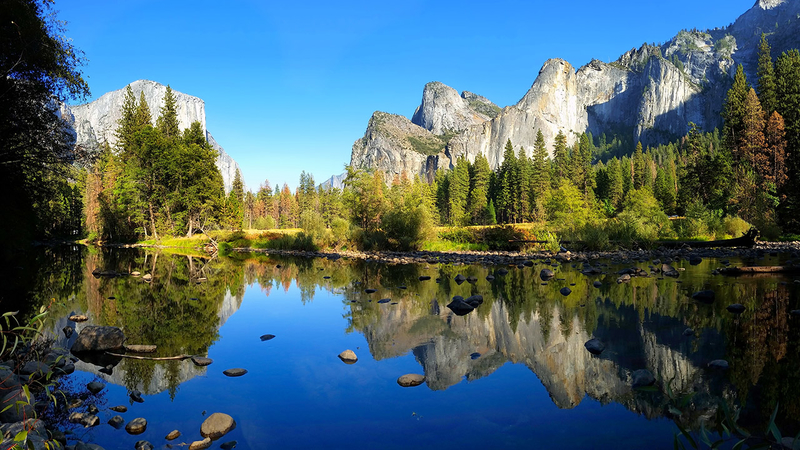 Here are 10 breathtaking National Parks experiences you're going to want to add to your bucket list.

Yellowstone National Park, Wyoming
This colorful marvel is Yellowstone's largest hot spring and one of the first features of the park described by early visitors in the 1800s. It's no wonder that people have been stopping and staring at this pool for so long: It's 370 feet across and appears brilliantly colored because of microorganisms that thrive in hot springs.

South Kaibab Trail
Grand Canyon National Park, Arizona
If you want to take in the grandeur of the natural wonder that is the Grand Canyon, look no further than the South Kaibab Trail. NPS promises travelers who take this trail an "exhilarating sense of exposure to the vastness of the canyon" and "panoramic views unparalleled on any other trail."

Imagine an underground room so large that six football fields could fit inside. That's what you'll encounter as you wander through the largest chamber of the Carlsbad Caverns.

"It is definitely well-named as this is the largest single cave chamber by volume in North America," NPS wrote of the Big Room. "Other caves might be longer or deeper, but few can live up to the grandeur of the Big Room."

Boat tour
Everglades National Park, Florida
Hop on a boat in the Everglades during the dry season (December-April), and you're sure to see a parade of animals: alligators, flamingos, panthers, whales, armadillos...and the list goes on.

Paradise Valley
Mount Rainier, Washington
This place truly lives up to its name, especially if you're a snow-lover. The area gets about 53.6 feet of the white stuff every year, turning it into a winter wonderland perfect for skiing, tubing and staring up at the majesty of Mount Rainier.

Consider this the baby, Mama and Daddy Bear of hiking. There are three pools you can journey to, depending on your skill level. You aren't allowed to swim in the pools, but watching the emerald water glisten in the sun is enough.

Giant Forest
Sequoia National Park, California
Ready to feel like an ant? Sequoia's Giant Forest boasts more than 8,000 trees that are among the largest and oldest living organisms on Earth. One of them, General Sherman's Tree, stands at 275 feet.

Vernal Fall
Yosemite National Park, California
Vernal Fall is just one of Yosemite's massive waterfalls, but it's among the most popular with travelers and certainly one of the most breathtaking. The trail to see it up close is steep, but it's worth it. In the spring, the flow is so powerful that visitors could wind up getting soaked.

Sunset-watching
Great Smoky Mountains National Park, North Carolina and Tennessee
This is the most visited national park in the country by a long shot, according to National Geographic, with about 10 million visitors annually. Watch one sunset over those magnificent peaks and it won't be hard to understand why.