Muslim man on Houston-bound flight says he was unfairly detained 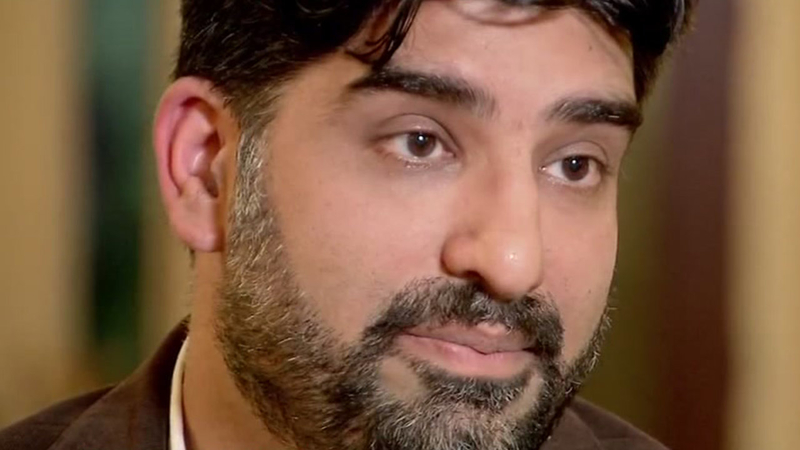 HOUSTON (KTRK) -- A Pearland doctor and Muslim detained after a flight from Newark to Houston is fighting back with patience, reason and words.

Dr. Bilal Rana, an anesthesiologist, was held at Hobby Airport after landing in Houston on November 15th. He was returning from a conference in New Jersey. He believes another passenger became suspicious based on his appearance and reported him to the flight crew. He says he did nothing wrong and blames being profiled on fear.

"It was embarrassing, very embarrassing that I could be assumed to be that type of person. It hurts, but I don't profess to be a victim. I understand law enforcement has to do their job and I respect and support them. I always have," said Rana, 36, and a father of 5 children who lives with his wife in Pearland. He has lived in the United States since he was 1 and is an American citizen.

Rana didn't get angry, instead he realized his greatest revenge was to write. He sent an Op/Ed piece to Time.com, writing "I'm not your enemy. I'm your biggest ally."

Rana has gotten positive feedback and hopes to use his experience as a teaching moment. He is the president of Ahmadiyya Muslim Youth Association, a Muslim youth organization. Many of its initiatives are designed to combat radicalization.

"I recognize this as an opportunity to any Muslims out there, I'd want them to be patient, be graceful, rise above it," Rana said.

He cautions against inflammatory anti-Muslim rhetoric and is more determined as ever despite the embarrassment he suffered.

"My intention is to try to bridge this gulf between Muslims and non-Muslims. We need to talk to each other," he said.