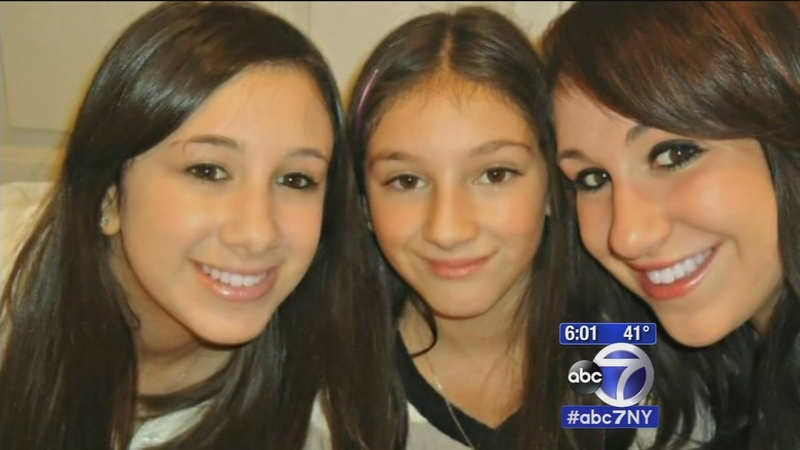 HARRISON, N.Y. -- A retired police officer apparently shot his two teenage daughters to death and then killed himself in the family's suburban New York home, a police official said Sunday.

Harrison Police Chief Anthony Marraccini said the deaths of 52-year-old Glen Hochman and his daughters Alissa and Deanna on Saturday "would appear to be a double murder-suicide." He said the motive was unknown.

Marraccini said police went to the home in the Westchester County village of Harrison after a person reported that no one was answering the door. Police found the bodies of Hochman and his daughters at 3:50 p.m.

"It looks at this time that the father killed the two girls and then himself," Marraccini said.

He said Hochman's body was found in the garage while the bodies of 17-year-old Alissa and 13-year-old Deanna were found on "the main level" of the house. Three dogs were shot to death as well, he said.

"Alissa is one of the reasons I got into teaching - she is one of the sweetest kids you could have, just a nice girl," Burack said, "she also had a love of hockey - we bonded over the New York Rangers, and that's why I wore this shirt today."

Not inside the home at the time of the deadly rampage Hoch's wife, Anamarie, a nursery school teacher and the couple's oldest daughter Samantha.

Anamarie clearly adored her girls, posting a message, in 2012, to Alissa on her birthday "...you are the light of my life, even though most days we are fighting...I can't imagine one minute without you. happy sweet 16, I love you always"

"The department is shocked and horrified by the news of this unfathomable tragedy," White Plains Police Commissioner David Chong said in a statement. "We can only pray for the family. Officer Hochman served this department and the city of White Plains with honor and integrity."

Residents of the upper middle-class neighborhood discussed the shootings in quiet tones as they shoveled snow Sunday.

Howard Hollander, 52, an airline pilot who lives five doors down from the Hochmans, said Hochman "was always taking care of the property, landscaping, cleaning up the yard."

"The girls said hi whenever they passed," Hollander said. "I remember one was learning to drive and beeped at us as she went by."

He added, "There was no indication at all of any problem, that something like this would happen."

Another neighbor, Dante Garritano, 52, an engineer, said he went outside when he saw ambulances and police cars Saturday.

"I walked out and I heard a woman crying, screaming, on her phone, 'My God, they're dead. He killed himself,'" Garritano said.

Alissa Hochman was a senior at Harrison High School, which opened its campus on Sunday for grief counseling.

(Some information from the Associated Press)