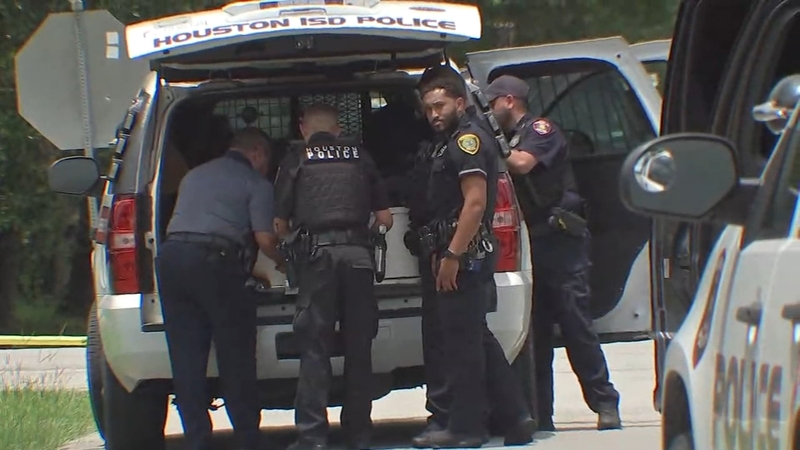 HOUSTON, Texas (KTRK) -- Extra police officers have been assigned to patrol a north Houston high school campus a day after a shooting wounded an innocent student after graduation practice.

"HISD Police will have an increased presence at North Forest HS and are working diligently to ensure that all involved are held accountable," school district officials said Wednesday in a statement. "HISD remains committed to vigilantly protecting students and staff at our schools."

RELATED: ABC13 EXCLUSIVE: HS senior 'thanking God' he was only grazed by stray bullet from shootout

Minutes after high school seniors had finished rehearsing for their upcoming graduation ceremony, people in two vehicles got into a shootout Wednesday outside the school, authorities said.

It wasn't clear how many officers were being dispatched to the school Thursday or how many normally patrol the campus.

North Forest High School senior Joshua Geegan was grazed by a bullet and suffered an injury to his middle finger. His injury was minor and he was treated at the scene.

"Why me?" Geegan said in an exclusive interview with ABC13's Mycah Hatfield. "Why at the school? Multiple kids could have gotten hurt. Or why in general? It's a crazy situation that happened."

Witnesses said they saw a grey Ford truck and a maroon Chrysler on the southwest corner of the campus in the parking lot involved in the shootout. The vehicles then left the campus and continued firing as they drove down Mesa Drive.

Authorities were still looking for the maroon Chrysler.