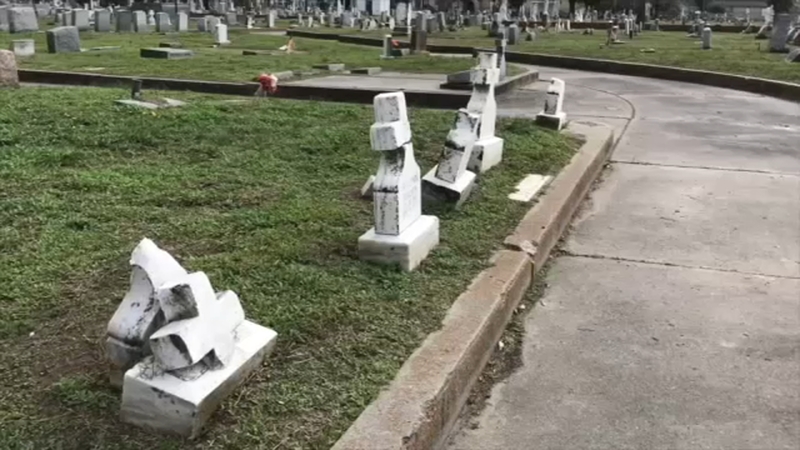 GALVESTON, Texas (KTRK) -- Dozens of headstones in some of the area's oldest cemeteries have been found damaged and for the second time this month, an arrest has been made.

Eric Deshawn Williams, 35, faces felony criminal mischief charges after police said he severely damaged a headstone at a cemetery in the 4200 block of Broadway. The headstone Williams is believed to have damaged was 98-years-old.

Williams faces felony charges because the damage happened at a place of human burial, police said.

As many as eighteen headstones were damaged earlier this month. Corey Johnson, 40, was arrested on Nov. 9 in connection with that case.

City officials said earlier this month they've found about 80 headstones damaged since October. The estimated cost associated with the damage was more than $13,000.

Officials said the damage amount estimate is for material costs, and not the historical significance of the headstones.