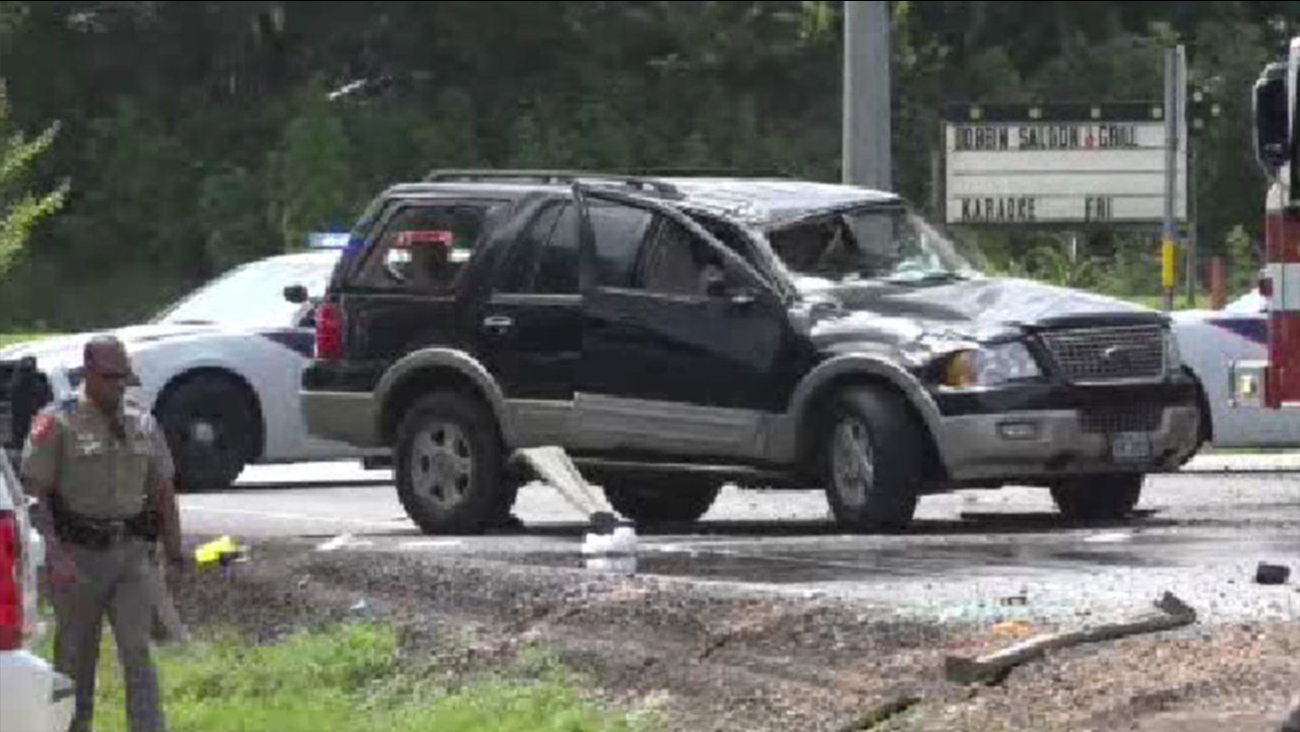 HOUSTON (KTRK) -- A teenage boy is dead and two other people are hospitalized after a crash in the town of Dobbin in Montgomery County.

A state trooper says an SUV came around a curve then ran off the edge of the road. The driver over-corrected, crossed a road, then went into a ditch and struck a culvert.

The SUV flipped and the 17-year-old boy was ejected. He died at the scene. A teenage girl riding with him was also ejected. She is in critical condition. A second female passenger was also taken to the hospital.

None of these people were wearing seatbelts, according to authorities. Officials have not yet released the names of the victims, but we know at least one of them is from Magnolia.