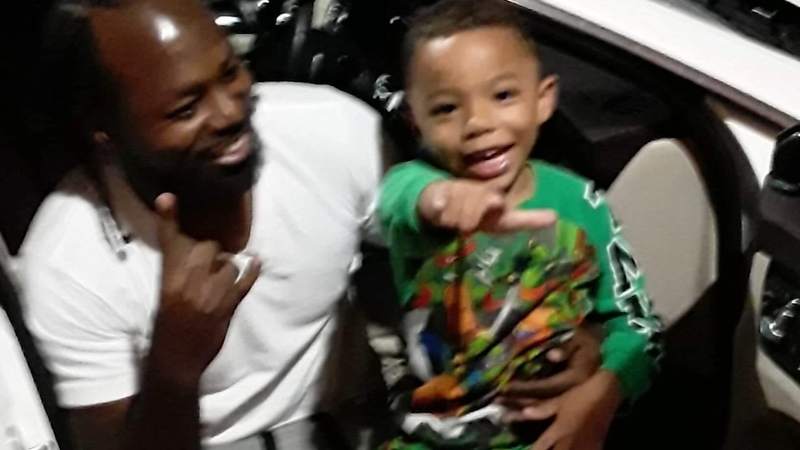 Houston rapper's killer was out on bond during deadly shooting

HOUSTON, Texas (KTRK) -- A gunman accused of shooting Houston rapper "Montana 22" and his 11-year-old stepson Dominic Sumicek to death months ago was out on bond at the time. Court records show Desmond Hawkins, 21, had already been charged with the capital murder of Reginald Sherman. A judge granted Hawkins a $90,000 bond in December 2019.

Eyewitness News returned to the scene of a west Houston shooting that left a man dead and a boy wounded. In the video, learn about the heroic detail emerging from this tragedy.

Candace Taulbee is Calvin's mother. She says her son's father would be alive today if the criminal justice system did its job.

"It's a murder charge that he was out here running free on," said Taulbee. "I feel like somebody needs to be held responsible for my son, for my son's sisters having to grow up with no father."

RELATED: 11-year-old dies after shooting that killed Houston rapper who tried to save him

Taulbee said Calvin asks about his daddy and his best friend Dominic every day.

"He asks if he can wish on a shooting star ... He would wish for his daddy to come back. I put him in flag football and he says that he looks up at the sky and asks what star is his daddy," said Taulbee. "I always tell him to talk to God and daddy hears."

Solomon and Sumicek's names are two of 103 on a sobering list. Andy Kahan is a director of Victim Services and Advocacy with Crime Stoppers of Houston. Kahan said his research shows 103 people have been killed by defendants who had been released on multiple felony bonds for other crimes.

"We are in a Harris County bond pandemic," said Kahan. "People are paying the price for felony bond reform with their life. Nothing is happening locally. Nobody is doing anything about it."

Kahan is supportive of Senate Bill 21. He said the proposed legislation would help keep violent offenders behind bars and keep the community safe. He also said it would force courts to keep track of people on bond.

Critics claim the bill is unaffordable and would cost Harris County hundreds of millions of dollars with an increased jail population and adversely impact communities of color.

Michael Fields is a former Harris County criminal court judge. Fields worries state lawmakers might rush into a fix and end up doing more damage than good. He doesn't believe Senate Bill 21 is a good idea.

"There are several dangers to passing SB 21, as I see them. Black, brown, and poor people are more likely disproportionally impacted in a negative way. Religious organizations and organizations that are about free speech in that they are charitable bond organizations. They're going to be severely limited in their ability to bond people out," said Judge Fields. "Whereas for-profit bonding agencies will not be impacted at all. Even if you have a class C misdemeanor traffic ticket ... according to how this bill reads, you can be denied a personal bond if you pick up something like driving with a suspended license."