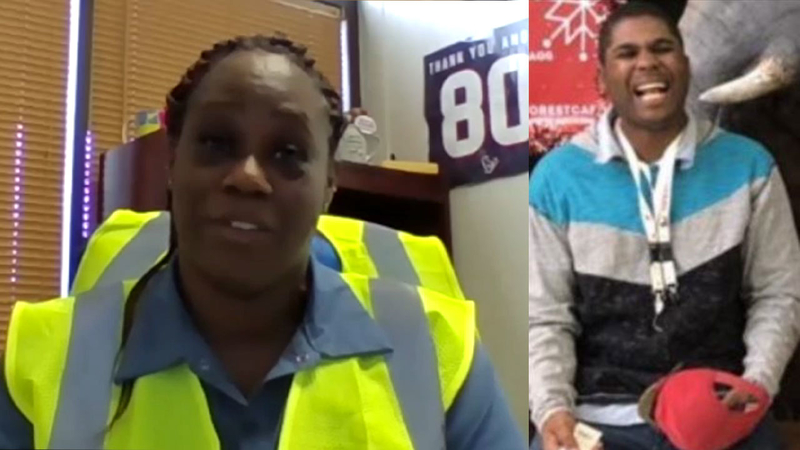 HOUSTON, Texas (KTRK) -- A north Houston man with mild autism who was missing for more than a week is now safely back home with his family, all thanks to a METROLift driver.

Joseph Ivory, 26, went missing on Friday, Jan. 15, after he was last seen leaving his north Houston home around 4 p.m., according to the Houston Police Department.

Tanisha Cunningham, a METROLift contract operator, said she saw Ivory walking down the street near Cullen when she was passing through the area Sunday around 11 a.m.

"I was just so happy to see him," Cunningham said in an interview with METRO. "And when I saw him, I just wanted to hurry up and put him on a bus because I'm thinking, 'It could be my child.'"

On Friday, Cunningham said her colleague texted her a picture of Ivory, saying he was missing. So when she saw him walking down the street, she pointed him out to her trainer, John Joseph, Jr., another METROLift contract operator in the van with her that morning.

"I knew it was him for sure," Cunningham said. "I've picked him up a lot of times, and he knew me."

When Cunningham pulled up to Ivory, he recognized the van was METROLift and climbed on.

"I was like, 'Wow okay. God is good,'" Joseph said. "We didn't have to be on Cullen at that particular time of the morning, but that's where we were."

Cunningham said when he climbed on to the bus, she wanted to make sure he was okay.

"I was busy being a mother, asking him if he was hungry, trying to go get him stuff to eat," she said. "I was trying to make him feel comfortable."

She then called the fire department, and officials there were able to reunite Ivory with his family.