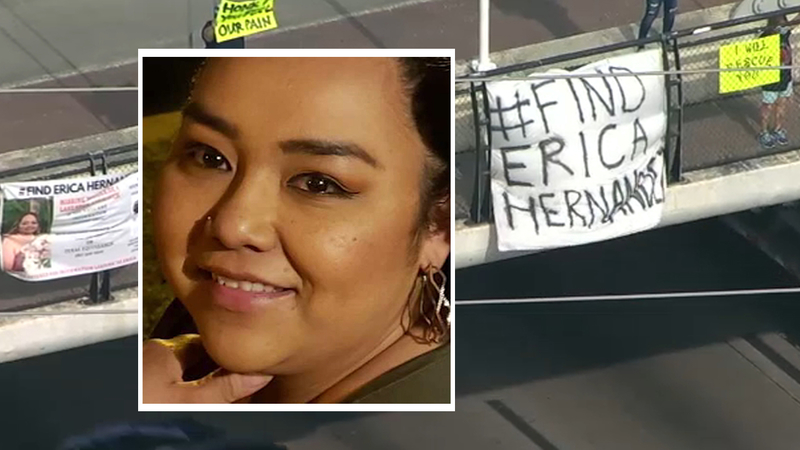 Banners go up in search for missing Houston mom of 3

HOUSTON, Texas (KTRK) -- The family of a Houston mom of three who has been missing for weeks is letting the public know they aren't giving up their search.

A banner with the words "Find Erica Hernandez" was unfurled on the Montrose bridges over the Southwest Freeway on Monday afternoon to help raise awareness about the case.

The FBI is now investigating Hernandez's disappearance, but there are no signs of her.

Hernandez's vehicle is described as a 2020 GMC Black Acadia with Texas plates MKJ 3303 with an "Aggie Mom" decal on the back of the vehicle. It remains missing as well.