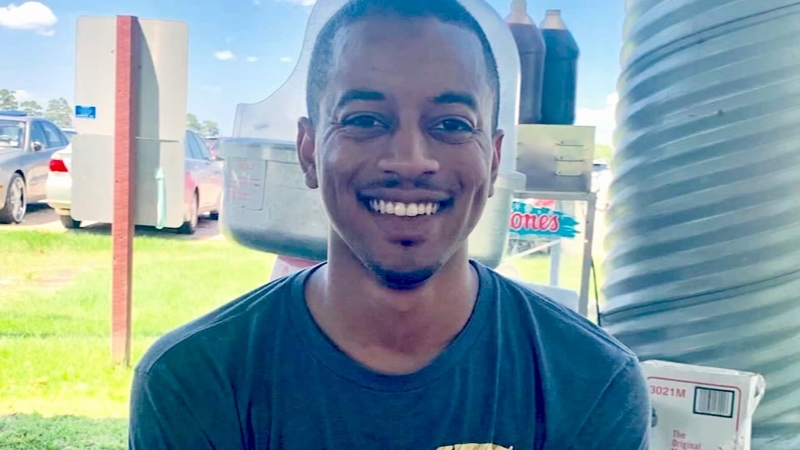 Young was last seen on Dec. 9, 2021, while running errands during his lunch break in the South Voss and San Felipe area. On Monday, Houston police said Young's body was discovered on Jan. 19 in the trunk of his vehicle, which was at an impound lot in Dallas.

UPDATE IN MISSING PERSON INVESTIGATION:
The body of a male, positively identified as Mr. Taylour Young, 25, was discovered in the trunk of his vehicle in an impound lot in Dallas, Texas, on Jan. 19.

As per @DallasPD, Young's body was in an advanced state of decomposition. 1/2 pic.twitter.com/ZN4bZD4d9p

Dallas police told Eyewitness News that the vehicle Young was found in was towed on Jan. 10 from a business parking lot on Mockingbird Lane in Dallas. On Jan. 19, officials at the impound lot contacted police, where officers made the gruesome discovery.

The people who love Taylour Young are desperately trying to bring him home after he went missing during his lunch break. Since his disappearance, his mother found a major clue on her own.

Young's friends and family were using social media as a way to expand their search for him. Now, #BringTaylourHome has turned into #JusticeForTaylour. Young's mother, Tiffany Robinson, said there's no reason she can think of why he would end up in Dallas. His close friends are just as confused about why anyone would want to hurt him.

Christian Gorgy has known Young since sixth grade. They were so close, he said they were more like family.

"It's devastating just knowing I'm never gonna be able to hear from him again. I don't even know what to do," Gorgy said.

Young's mother wrote a statement on Facebook. Part of it read, "As I shared Taylours disappearance with the world, I want to share my worldly loss as well. I lost my son, my baby, my friend; and will raise his love, his dog Gigi... During Taylours family time of mourning, I ask that you continue to lift us up in prayer. Be mindful and respectful of our privacy and the fact that the investigation is still ongoing."

Final arrangements have not been made, and there's no official cause of death yet.

"He had no enemies. Everybody loved him. He didn't owe anybody money. He had no addictions. He didn't do drugs. It just makes absolutely no sense at all," Gorgy said.