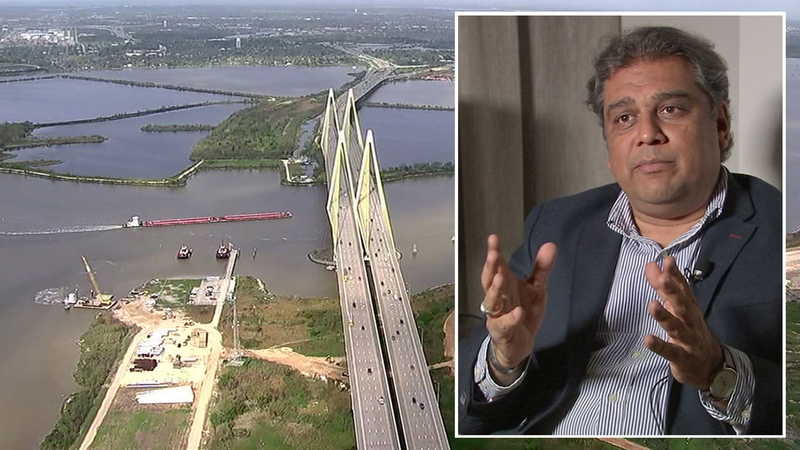 HOUSTON, Texas (KTRK) -- In his first U.S. visit since taking his post, Pakistan's federal minister for maritime affairs stopped in Houston in the first of a three-city tour.

Zaidi is touting Pakistan's economic future, trying to convince U.S. companies to look at Pakistan as a promising market.

It's a country where 65 percent of the population is below the age of 30.

The minister toured the Port of Houston, where he took notes on the expansion and development of one of America's largest ports.

He also met with corporate leaders in the Energy Corridor as offshore drilling by U.S. oil and nature gas companies is seeing a resurgence off its coast, as the country explores potentially untapped resources.

The federal minster said economic development in Pakistan is in the best interest of the U.S., not just to foster growth in both countries but to tap down extremism, citing a direct correlation between economic deprivation and increased extremist activity.

But roadblocks have stifled growth and relationships. Tensions flared between Pakistan and India earlier this year after a suicide attack killed 40 Indian paramilitary soldiers in the Indian-controlled portion of Kashmir.

An airstrike launched by the Indian air force targeted militants blamed for the bombing. Then, Pakistan retaliated by shooting down two Indian air force planes. A pilot was captured and later released, easing tensions.

Zaidi says as prime minister, Imran Khan is gaining trust globally as a credible leader. It's a unique moment in time to capitalize on.

"Credibility and transparency in government is extremely important," Minister Zaidi said. "And when you have a credible and transparent government, then everybody else wants to come and do business."

As he completes his U.S. visit with stops in Los Angeles and Washington D.C., he says his people want long term peace and prosperity. He believes strengthening the bridge between the U.S. can help them get there.

"Economically, we must build this relationship based on economics," Zaidi said. "And that is going to be beneficial for both countries."